What do Mormons believe? 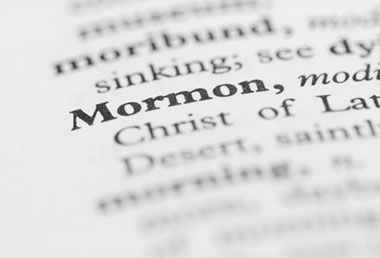 While Mormons share some similar beliefs with Christians, there are critical differences too.

Members of the Salt Lake City-based, Church of Jesus Christ of Latter-day Saints (LDS) are nicknamed “Mormons” after one of the main characters in the Book of Mormon. Unlike Christians, Mormons follow four books as scripture:

The story of Joseph Smith

The church’s leaders teach that God the Father and Jesus Christ appeared to a teenager named Joseph Smith, Jr. in 1820, telling him that all the teachings of existing Christian churches “were an abomination in [God’s] sight” because their “professors” had changed the original gospel message ( “Joseph Smith—History,” PGP 1:19). Three years later, Smith said an angel named Moroni led him to unearth a set of gold plates, inscribed with strange writings, from a hillside in rural New York. Moroni said that he himself had buried the plates there fourteen centuries earlier, before he was transformed from a man to an angel.

Smith claimed the ability to translate the plates, which he said were written in “Reformed Egyptian.” No one else was allowed to see the plates. The result of his “translation” is the Book of Mormon, published in 1830. It tells tales about ancient Israelites coming to the American continent, Jesus visiting the USA after his resurrection in faraway Israel, and about evil dark-skinned “Lamanites” destroying the righteous “Nephites.”

After moving his followers to three different states, Smith was killed by an Illinois mob in 1844. Three years later, the second prophet (Brigham Young) led most of the church members to the Utah Territory. Mormons believe their church is guided by a living prophet as well as two counselors, twelve apostles, and several “quorums” of the “Seventy.” These men are called “general authorities.”

Why Mormonism is very different to Christianity

Mormonism’s emphasis on families and moral values makes it attractive to many people. The young, clean-cut LDS missionaries who spend two years of their lives sharing the LDS message around the world are able to convince many people to convert to Mormonism. Yet while Mormons talk about God and Jesus as well as salvation by grace and baptism, they give different meanings to these topics. For instance, in contradiction to the Bible, Mormonism teaches:

Many Mormons are wonderful people, but the gospel they follow is not biblical, and their beliefs about America’s history are clearly false. Learning more about Mormon teachings will allow you to become effective at explaining the vital differences between biblical truth and the mistaken beliefs of the Latter-day Saints.