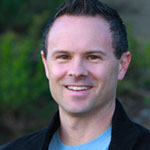 Talking to a group of people about God can be scary - but these tips will make it easier.

Does the Bible say women are inferior to men?

Discover the truth about what God's Word really says on this important issue.

The truth is, not all religions are the same. Here's why...

Is it ok for Christians to smoke pot?

We take a look at some good and bad ways to use cannabis.

Want to get confident talking about what you believe? Start here.

Ten myths about sex before marriage

Sean McDowell exposes some of the biggest lies you're being told about relationships.

Sex was made to be enjoyed, so why should you wait until marriage to do it?

Did the twelve apostles really exist?

Sean McDowell presents four reasons why you can trust the Bible's claims about the apostles.

Is there proof that Jesus was born of a virgin?

Sean McDowell lays out all of the proof for a miracle.

How do you handle challenges to your faith?

What to do when something shakes your foundations.

Did God create the world because he was lonely?

Answering a big question about why we exist.

Part 1: The question everyone is asking

Part 1: Yes, you can know what God wants.

What proof do we have that Jesus was a real person who lived on earth?