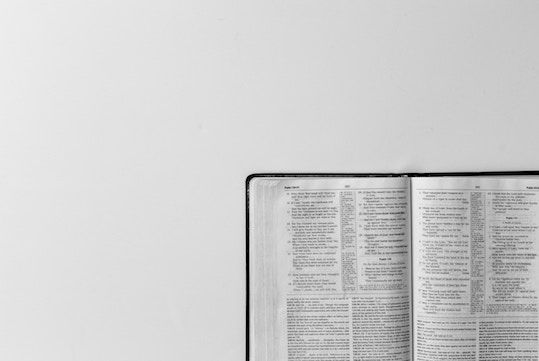 There are extensive scholarly debates about the claim that Jesus is God. My goal in this post is not to enter into those debates. Here, the goal is simply to highlight three of my favorite New Testament passages that teach the deity of Jesus. These three passages are easy to remember, and share, with those who ask (see 1 Peter 3:15).

Then the Jews said to him, “You are not yet fifty years old, and have you seen Abraham?” Jesus said to them, “Truly, truly, I say to you, before Abraham was, I am.” So, they picked up stones to throw at him…”

The phrase “I am” is broadly understood to refer to the God of the Old Testament and was so understood by Jesus’ Jewish audience.  For example, in the book of Exodus, God said to Moses, “I am Who I am....Thus you shall say to the children of Israel, ‘I am has sent me to you’” (Ex. 3:14).

In the above passage from John, Jesus’ Jewish audience questions him about his claim to have known the patriarch Abraham. In response, Jesus implies his own preexistence, saying, “Most assuredly, I say to you, before Abraham was, I am” (John 8:58). Biblical scholar Raymond Brown concludes, “No clearer implication of divinity is found within the Gospel tradition.”[1]

…waiting for our blessed hope, the appearing of the glory of our great God and Savior Jesus Christ.

In this reference, Paul seems clearly to declare Jesus both God and Savior. Nevertheless, some understand the statement to refer to two separate persons— “the great God” and “our Savior Jesus Christ.”  However, in careful analysis of the Greek, Daniel B. Wallace concludes that both “God” and “Savior” refer to Jesus. [2] In other words, Jesus is God and he is Savior.

Of the angels he says, “He makes his angels winds, and his ministers a flame of fire.” But of the Son he says, “Your throne, O God, is forever and ever.”

In this passage, the writer of Hebrews quotes Psalms 45 in reference to Jesus. His goal is to validate from the Old Testament that Jesus is superior to the angels. While the angels are addressed by God, the Son is addressed as God (“O God”). They are to worship the Son who is the eternal Creator, namely God.

As my father and I lay out in the updated Evidence that Demands a Verdict, there are many more New Testament passages that prove Jesus is God. But I hope you will remember these three, so you can be ready with an answer when someone asks you the reason for the hope within.