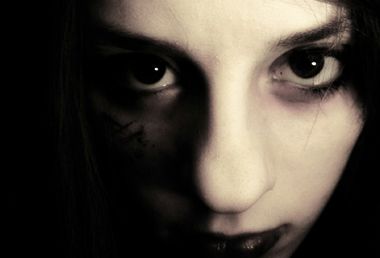 Thinking through how we act on the scariest day of the year.

Halloween, no matter how commercialized, has almost completely pagan origins. As innocent as it may seem to some, it is not something to be taken lightly. Christians tend to have various ways to celebrate or not to celebrate Halloween. For some, it means having an “alternative” Harvest Party. For others, it is staying away from the ghosts, witches, goblins, etc., and wearing innocuous costumes, e.g., little princesses, clowns, cowboys, super-heroes, etc. Some choose not to do anything, electing to lock themselves in the house with the lights off. With our freedom as Christians, we are at liberty to decide how to act.

Scripture does not speak at all about Halloween, but it does give us some principles on which we can make a decision. In Old Testament Israel, witchcraft was a crime punishable by death (Exodus 22:18; Leviticus 19:31;20:6, 27). The New Testament teaching about the occult is clear. Acts 8:9-24, the story of Simon, shows that occultism and Christianity don't mix. The account of Elymas the sorcerer in Acts 13:6-11 reveals that sorcery is violently opposed to Christianity. Paul called Elymas a child of the devil, an enemy of righteousness and a perverter of the ways of God. In Acts 16, at Philippi, a fortune-telling girl lost her demon powers when the evil spirit was cast out by Paul. The interesting matter here is that Paul refused to allow even good statements to come from a demon-influenced person. Acts 19 shows new converts who have abruptly broken with their former occultism by confessing, showing their evil deeds, bringing their magic paraphernalia, and burning it before everyone (Acts 19:19).

So, should a Christian celebrate Halloween? Is there anything evil about a Christian dressing up as a princess or cowboy and going around the block asking for candy? No, there is not. Are there things about Halloween that are anti-Christian and should be avoided? Absolutely! If parents are going to allow their children to participate in Halloween, they should make sure to keep them from getting involved in the darker aspects of the day. If Christians are going to take part in Halloween, their attitude, dress, and most importantly, their behavior should still reflect a redeemed life (Philippians 1:27). There are many churches that hold "harvest festivals" and incorporate costumes, but in a godly environment. There are many Christians who hand out tracts that share the Gospel along with the Halloween candy. The decision is ultimately ours to make. But as with all things, we are to incorporate the principles of Romans 14. We can’t allow our own convictions about a holiday to cause division in the body of Christ, nor can we use our freedom to cause others to stumble in their faith. We are to do all things as to the Lord.