Do you speak like a child of God? | Teen Life Christian Youth Articles, Daily Devotions 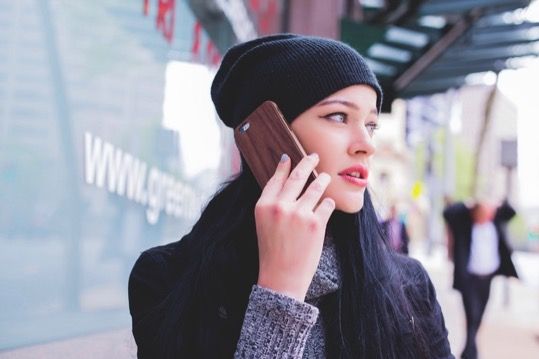 A challenge to stop tearing people down with your words... and start building them up.

Our culture is one where jokes that put others down are common, swear words are used as terms of affection and gossip is pretty much a hobby.

But is it right for Christians to speak the way those around us do? A quick look at Ephesians shows us that God has high standards for the way his followers are to speak:

Let no corrupting talk come out of your mouths, but only such as is good for building up, as fits the occasion, that it may give grace to those who hear – Ephesians 4:29

Let there be no filthiness nor foolish talk nor crude joking, which are out of place, but instead let there be thanksgiving – Ephesians 5:4

So it’s pretty clear that a lot of what we say isn’t actually what God wants. So what should we say instead?

Build each other up

Think about these things, which you could easily hear in a conversation at school…

“Emma is so ugly – and did you hear about her mum? She’s having an affair!”

“Oh my goodness, what an idiot. I can't believe they did that.”

Neither of these things (or similar words) will ever build anyone up. They're all about tearing others down to make us feel better about ourselves.

Even if the person you’re gossiping about doesn’t hear what you’re saying, what are you doing to their reputation? How will others feel about them? How will they feel if they find out what you said? Gossip is something that girls sometimes struggle with more, but guys can struggle with it too. And nothing good ever comes of gossip.

Whenever you open your mouth, consider: is what I am saying going to build up my friends?

And here’s an even better question to ask: would Jesus say this?

In Ephesians 5, Paul tells the church in Ephesus that there should be no filthiness, foolish talk or crude joking coming out of their mouths. Why? Because these are “out of place” for followers of Jesus.

Instead, he says, “let there be thanksgiving”. This is much more fitting for a follower of Jesus! Instead of rude or hurtful things, say thankful things.

This doesn’t mean you need to go around only ever saying “thank you for being my friend” to those you care about. But it does mean you need to cultivate an attitude of thankfulness that comes out in your words. A thankful attitude will result in less complaining and less inappropriate joking (because you’ll appreciate God’s good designs for things like sex).

If you struggle with your language – whether it’s swearing, gossip or unkind words – ask a close Christian friend to keep you accountable. They’ll listen to what you say and be able to let you know if something you say is inappropriate for a follower of Christ. And when you know they’re listening, you’re far more likely to pay attention to what you say!

Let’s challenge and encourage each other to change the way we speak. Even if our culture says rude talk is ok, the Bible says it’s not. So let’s fill our speech with encouraging and thankful words!