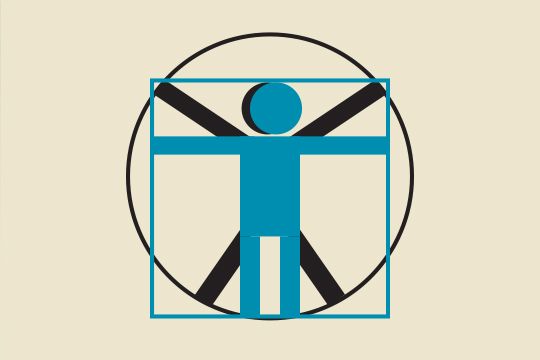 We all have an important part to play in the body of Christ.

There's a popular meme going around lately. Surrounding the peaceful picture of someone in a boat are the words: “Religion is a guy in church thinking about fishing. Relationship is a guy out fishing thinking about God.”

Because the dangerous part of this meme's philosophy is that it affirms another idea — “I don't have to go to church. I can worship God anywhere.”

Anywhere. In the woods. In my fishing boat. With my family. Staring at the sunrise in the Smokies. In bed. (And let's be honest. That's where most people are on Sunday morning. They are not out lifting their hands to the mountains in praise. They are snoring. True story.)

The idea sounds good. Uber-spiritual, right? Definitely appealing, some days. But is it true?

How important is it to sit in a church to worship God?

I could give you a lot of reasons why it's important, and maybe I will some other time. But right now, one is enough. Worshiping together matters because without you, the church won't be what God intended it to be.

A body can't exist without all of its parts. I know. Seven years ago, doctors told me I needed a kidney transplant because neither one of the two I had worked so well. Kidneys are required to get rid of all the things that would otherwise poison you. Without one that works? The body doesn't last very long.

God made the church like a body on purpose. He made it so one person who sees well (spiritually speaking) can see what others can't. Another person who has a passionate heartbeat for justice wakes up others who are less “heart.” Someone who hears the culture around her better gives others insight they wouldn't get.

It's not a mistake, he made us to work together. It's part of his nature—the Three-in-One God. When we act like a body, we act more like him. But without the parts he joined onto that body, it will always be doomed to go around without a heart, or courage, or a brain. (Yes, we've all seen that in churches, haven't we?) Not to mention that we will walk around as one big toe or spleen, slamming into walls because we can't see. (Just pray you're not an appendix. Because nobody knows yet why we need that thing.)

You are an essential part of the body

You, by the way, are already joined to the body if you're a Christian. Paul made that clear, too. There's no deciding later if you like that body and want to be stuck to it. You already are. We can't detach ourselves from it anymore than we can take out our own eye and insist we don't need it, we can see just fine without it, thank you very much.

We'd be poking ourselves in our own eye. And that's just dumb.

I know church can sometimes be boring. It can feel patronizing to a teen. It can be absolutely hurtful. But it's what God designed when he called us a body. He had in mind people who walked together, with the same goal. He did not have a picture of a bunch of individual eyes, noses, and kneecaps lying around telling one another, “Hey, I'm OK. I'm worshiping God over here. Going my own way. But it's all good.”

We can't say, “I don't need you.” When one part isn't contributing ideas, service, personality, or time, the church's mission isn't complete. God doesn't have an Plan B for His mission. The church is it. Not being a part of it is a much bigger issue then than just an empty seat in row four.