Christianity is more than just knowing about God 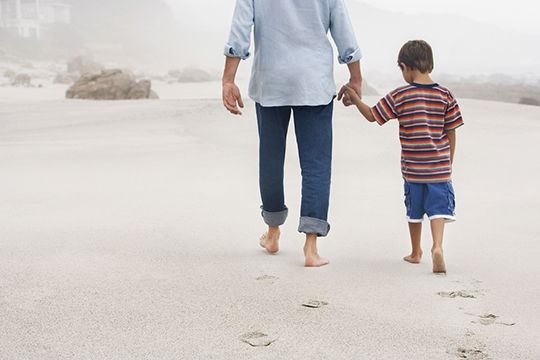 You can know about anyone, but for a real relationship you have to go deeper.

Just like with any other person, you can know ‘about’ God, but you don’t really ‘know’ him until you have a personal relationship with him. For instance I can know 'about' the President Obama, but I wouldn’t say that I 'know' him. To know him I have to meet him and get to know him. We have to reveal things to each other and be willing to share in each others lives. The staggering promise of the Bible is that we can know God like this and that He wants us to know him and share in his eternal life!

Getting to know God

One of the fundamental differences between Christianity and other religions is that we can know God as a person. How do we know that God is a person? Well, He came down to earth and became a man in the person of Jesus Christ. Jesus didn’t come just to heal and teach them how to be better people. He came primarily to reveal who (not ‘what’) God is and how we can have a relationship with him. God is one eternal God, but he exists in the relationship of three persons - Father, Son and Spirit. These three persons existed in one God for all eternity. We tend to think of relationships as being between human beings. But way before the creation of the world, relationship existed within God. This three-person relationship is what we call the ‘Trinity’.

Jesus claimed that he was the ONLY way to have a relationship with God the Father. He says, ‘I am the way, and the truth, and the life. No one comes to the Father except through me’ (John 14:6). In fact the very reason that Jesus came to earth is because God wants to have a personal relationship with us. Jesus says, ‘He who loves me will be loved by my Father, and I too will love him and show myself to him.’ (John 14:21). God wants all people to know him personally and he has sent His Son into the world so that we may truly know him.

The only problem is, people don’t naturally want to know God. We were created to know and love God and to submit to his good and loving rule over us. Unfortunately, from the very beginning we didn’t like the idea of submitting to God’s rule. We wanted to rule ourselves without him, to run our lives how we thought best. We think God should be friends with us, but only as our equals. But God made us and the world, so he is the rightful ruler of it. Our response to God is what the Bible calls sin. But God will not let us treat him as less than God. One day we will be judged for the way we treat God.

You can know God personally

This article modified from a Q&A by http://www.christianity.net.au