Worldviews: Which one is yours? | Teen Life Christian Youth Articles, Daily Devotions

Worldviews: Which one is yours? 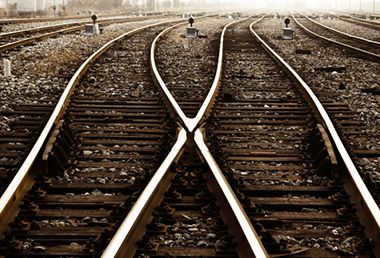 Part 2: Understanding your worldview, and those of your friends and family.

In yesterday's article, we discovered what a worldview is. Today, we’re going to look at five major worldviews. Unfortunately, when it comes to worldviews, there are as many worldviews as there are bellybuttons. But there are some common features that help us to identify certain kinds of worldviews. When it comes to the existence of God, most people's worldviews will fit into one of the following categories.

Theism is the view that only one eternal and personal God exists. This God is the all-powerful, all-knowing, and all-loving creator of everything. God made creation knowable and he gave humans the ability to understand it through revelation and reason. God is the author of truth and He is the basis for right and wrong. Theists also believe in an afterlife - that is to say, life continues after death. Jews, Muslims, and Christians, and some Hindus, are all theists.

Deism is in some ways like theism, but it differs on certain key points. Like theists, deists believe that God created the world and that the world is knowable. Yet, deists differ in that they believe God shows little care for the world. He doesn’t answer prayer, nor does He act in the world. For deists, God built right and wrong into the natural order, much like he designed the laws of nature to operate in the world.

Polytheism is the view that more than one god exists. Many Hindus today practice polytheism, but it was also practiced by ancient Egyptians, Greeks, and Nordic people groups. Generally, polytheists worship one or more gods. Sometimes polytheists recognize that many gods exist but they remain devoted to just one.

Pantheism teaches that god exists, but this god isn’t personal. Much like the force in Star Wars, the pantheistic god influences and permeates all things. In reality, there is no distinction between god and the world. All is god and god is all. According to many pantheists, people are caught up in a cycle of birth and rebirth until they eventually get it right. Once they get it right, they become one with the universe.

Naturalism is the view held by atheists and agnostics that the universe is all there is. What you see is what you get. There is no God and there is no afterlife. Once you die, that’s it.

As noted earlier, Christianity belongs to the worldview known as theism; however, there are some important differences between Christianity and the other worldviews examined. Here's a few reasons why Christianity is different:

Which worldview do you hold?

Have a think about your own beliefs, and the beliefs of your friends and family. Which worldview sounds most like what you believe? Which worldview sounds most like what your friends believe? As we saw earlier, we all have a worldview, but sometimes we don't what it is. However, if we can understand a person's worldview, we can often have better conversations as we can see where they are coming from, and can start asking good questions like 'why do you believe this worldview is right?'.