What’s worth more than gold? 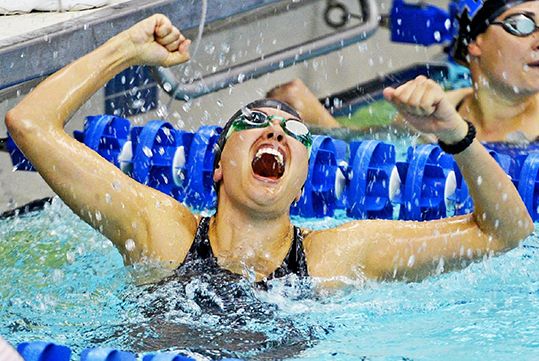 As the competition in Rio heats up, what matters more than winning?

As the Olympic games heat up in Rio, the expectation will be for this year's athletes to be “faster, higher, and stronger” than those who have come before them.

Many will try to win at any cost. Marion Jones was the queen of the Sydney 2000 Games, winning five medals. Since then, Jones has had to return her medals having been found guilty of taking a performance-enhancing drug ‘The Clear’.

The fame and fortune that awaits athletes is so tempting.

Olympic level athletes were asked over a number of years this question: Would they take a drug that guaranteed them a gold medal but would also kill them within five years?

This is known as the Goldman Dilemma. Can you believe that over half the athletes said yes, they would take the deal?

So, maybe we should be careful what we are asking of our athletes when we expect them to do all they can to win. The pressure on athletes to satisfy their own and the public’s expectations can be suffocating, and their actions are under a scrutiny most people could not tolerate.

In the ancient Olympics, defeat brought great shame, with competitors praying for either the victor’s wreath or death. Today, the struggle and consequences may not usually be one of life and death, but it is still very serious business.

Is it all worth it?

At the Games, many athletes—religious and otherwise—will face ultimate questions, particularly as most will not win a medal. These questions are known to all of us:

The implications of such experiences and questions can be massive, as athletes consider whether it has all been worth the bother of those early mornings and sacrifices.

It is natural to turn to God to gain some perspective and answers to such huge life questions. And it takes great courage to determine that our ability to solve these issues through our own effort may be limited. But what difference does God make?

The man who gave up a gold

Many Christian athletes in Rio are competing to win, but they realise there is more to life than a gold medal. A classic example is Britain’s Eric Liddell competing at the 1924 Olympics who featured in the epic movie Chariots of Fire (a must see!). He chose to give away his place in his favoured 100 metre sprint, believing that to run would be to dishonour God on the Sabbath Day – something that isn’t repeated, or expected, these days. He went on to win the 400 metres.

Winning, however, wasn’t the focus for Liddell. He explained:

God made me for a purpose, China (as a missionary), but he also made me fast - and when I run I feel his pleasure - not to run would be to dishonour him.

Competing was a way of experiencing and honouring God through his ability to fulfil his God-given gifts, excelling in sporting competition at the highest level. He saw all of life as worship:

“And whatever you do, whether in word or deed, do it all in the name of the Lord Jesus, giving thanks to God the Father through him” (Colossians 3:17).

For Liddell, like many others, there was more to life than a gold medal.

1 Peter 1: 6-7 shows us two things that are worth more than gold: our faith and Jesus. Peter wrote about our faith that:

In all this you greatly rejoice, though now for a little while you may have had to suffer grief in all kinds of trials. These have come so that the proven genuineness of your faith—of greater worth than gold, which perishes even though refined by fire —may result in praise, glory and honor when Jesus Christ is revealed.

We also read that we can have this lasting eternal faith not because of our sporting ability or good works, but because of Jesus.

For you know that it was not with perishable things such as silver or gold that you were redeemed from the empty way of life handed down to you from your ancestors, but with the precious blood of Christ, a lamb without blemish or defect.

As we celebrate the games and the striving for gold medals, let’s remember that while the Olympic games are a great human pursuit, there is something worth more than gold. Faith through Jesus is what is most important. The Apostle Paul reminds us of this when he writes:

To help keep my focus on God during the Olympics, I'm going to be reading through the Struggle and Triumph Devotional Bible reading plan. Why don't you join me? Find out more at http://bible.com/r/gH