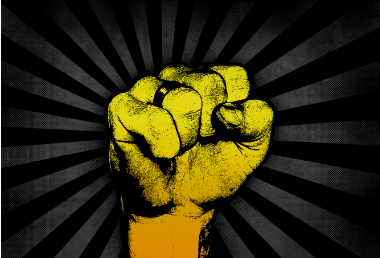 Who is Jesus? Is he an Action Figure? Bobble Head? Ninja? Who is this man?

Who is Jesus? Is he an Action Figure? Bobble Head? Ninja? When Jesus did a survey asking who people thought he was, some thought he was John the Baptist, others Elijah and others one of the Prophets. Jesus did some incredible things: He taught with authority; healed the sick; fed the hungry; calmed the storm and even brought a dead girl back to life! The question on everyone’s lips throughout Mark 1-8 was: Who is this man?

Peter’s answer: The Christ. What’s a Christ? It’s a King. Jesus is God’s chosen King. What does it mean for Jesus to be the King? Jesus says he must suffer, be rejected, killed and then rise again. Peter wasn’t expecting King Jesus to die. Jesus says he ‘must’ die. (Mark 8)

Jesus is the Revolutionary King who suffers and dies in the place of sinners. Jesus is the Servant King who lays down his life. This is radical. What does it mean to follow such a radical King? Stay tuned…