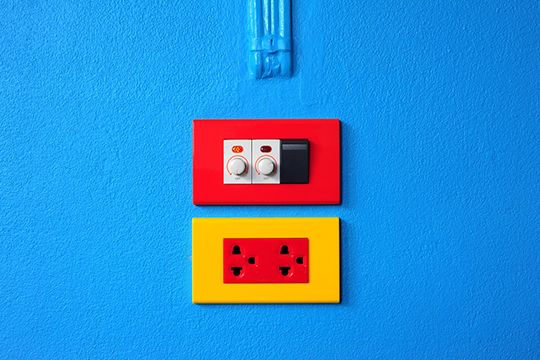 Has a relationship ever tempted you to be less zealous for God?

The following discussion is an imaginary conversation between The Dimmer and their Christian friend. Who is The Dimmer? It is anyone who is struggling in a relationship with his or her significant other, friend, or family member who is not a follower of Christ. In this case, The Dimmer is a girl who is dating a guy called Taylor, and has gone to their Christian friend for advice.

The Dimmer: Yo…I'm so stressed out mentally.

The Dimmer: There has been a lot going on with work and my boyfriend. I have never felt more alone as I do now.

Friend: You know you can tell me anything, and if you can't tell me, you know you got Christ. He is always available.

The Dimmer: I’m worried. I'm worried about my relationship. I’m tired of people. Especially people from church, telling me to let my relationship go. They don’t understand that God has blessed us. I know Taylor is a blessing in my life and I am the same in Taylor's. When we first met, he was not even interested in going to church. He agrees to go now because of me. Personally, I think it is amazing! He might not go every Sunday, but it is progress. Some take longer than others, but one way or another he will find his way to God.

Friend: The fact that someone goes to church does not mean they are coming for the right reasons and we both know that.

The Dimmer: I know Taylor isn't fully committed, but there's progress. We do get into arguments sometimes about God. I really can't talk to him about my relationship with God without making him feel uncomfortable. It is causing a lot of problems in our relationship, but I feel like he is changing. I just need to be patient and keep praying. What do you think?

Friend: You know one thing I love about Christ is there is no in-between. You are either for Him or against Him (Matt. 12:30). People think just because you go to church or do certain deeds that mean you are a follower of Christ. You know someone is a follower of Christ when you see their fruit. Look at their lives (Matt. 12:33). Have their desires changed from worldly pleasures to Christ? Do they love people differently? Do they practice what they preach and preach what they practice?

The Dimmer: What am I supposed to do? What do you think?

Friend: You want the biblical answer or the "what you want to hear" answer?

The Dimmer: Haha ... the biblical.

Friend: Good ... because I was going to give it to you anyway LOL. Jesus Christ tells us that no one lights a lamp and then puts it under a table. Instead, a lamp is placed on a stand, where it gives light to everyone in the house (Luke 11:33). You can’t hide your light when you are in darkness.

The Dimmer: But, I am not trying to dim my light. I am trying to lead Taylor to Christ. I just want him to love God like I do, but I don’t want to ruin my relationship. I feel like if I keep bringing God up, it will make Taylor go in the opposite direction.

Friend: Hmmmmm ... are you more concerned with your relationship with Taylor or your relationship with Christ? Living for Christ means that we are going to suffer. Remember the world hated Him first so its going to hate us (John 15:18). We have to give up this world in order to live for Him. Sometimes that means giving up or distancing ourselves from a friend or a boyfriend. We must choose obedience first - just like Christ did for us.

The Dimmer: I hate to say it, but maybe you're right. But what am I supposed to do? I can’t just leave Taylor. In the Word it says, that I shouldn't leave because Taylor is an unbeliever. (1 Corinthians 7:12-14)

Friend: This is for people who are married. Being "unequally yoked" is so much deeper than people think. It’s about a lifetime of growing together spirtually, and having your lives molding into one. This will not happen if the two are not in agreement on the most important issues.

The Dimmer: So what do I do now?

Friend: Pray, wait, and don't dim your light! Be patient and obedient. God promises He will never leave you. Trust Him. What we suffer now is nothing compared to the glory He will reveal to us later. (Romans 8:18)

Situations like the one above tempt some people to suppress Christ so much that they eventually draw themselves further away from Him. Christ called us to be the light. We have to stop dimming our light to make others feel comfortable, or because we fear what might happen. We should never have to dim our light for anyone.

Decide today to not be a dimmer.