On the edge of sin 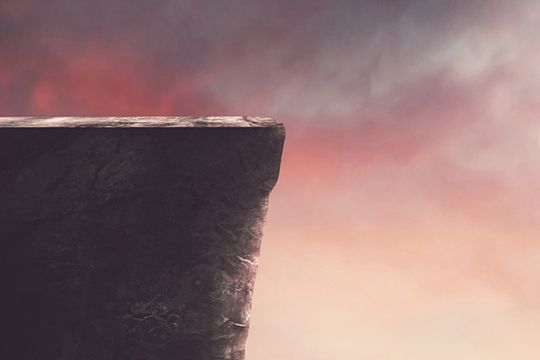 How far can I go before what I'm doing becomes a sin?

There was once a guy who owned a small trucking firm, and was looking to employ a new driver. Three drivers sat nervously outside his office as they were called in for their interview one by one. When the first guy came out, the other two checked with him, “what did he ask you?”.

The man replied, “He only asked one question. How close could I safely drive one of his trucks near the edge of a cliff.”

“I said I could get one of his trucks to within 3 meters of the edge, but I don’t think my answer was good enough.”

The second man went in, and was asked the same question.

He answered “I could get one of your trucks within one meter of the edge.” But apparently that wasn’t good enough either.

Finally, the last driver went in. The boss looked at him and asked the question.

The man replied, "If I were driving one of your trucks, I wouldn’t go anywhere near the edge of a cliff!”

He got the job.

The question we love to ask

We like to ask question of God, 'How close can I get?', especially when it comes to His rules and commandments that He outlines for us in His Word. We want to be able to twist and bend the rules so we can get as close to sinning without actually falling into sin. We want to find out exactly where the edge of the sin-cliff is and get our tippy-toes as close to the precipice as we can manage without toppling over head first.

We should be fleeing.

When Paul writes to Timothy, his 'dear son in the faith', he instructs him and his church to 'flee' sin on two different occasions, once in 1 Timothy 6:11 and the again in 2 Timothy 2:22. Paul tells him to flee from things that are likely to lead him into temptation; such as greed for money, the desire for earthy possessions, pride, sexual immorality and youthful passions.

The Bible doesn’t say to us,

“It's fine to love money and possessions, but just don’t desire them too much”

“It's ok to think you’re better than other people, just don’t let anybody see it”

“Go and snuggle in bed with your girlfriend and see how far you can go, but just don’t actually have sex”.

What can we conclude? We aren’t to try to test God’s laws and see how close we can get to sinning. Rather we are to flee from sin, to run the opposite direction. Our aim should be to walk the path of righteousness, the path that leads us along the desires of God’s heart.

God’s path is a good path, much more fulfilling than the edge of the cliff. When we walk it, we are living how God wants us to. It is a path paved with “...righteousness, godliness, faith, love, steadfastness, gentleness”. And it helps us to "fight the good fight of the faith. Take hold of the eternal life to which you were called” (1 Timothy 6:11b-12a).

We have to remember that people who hang around the edge of cliffs sometimes fall over. The Bible is very clear. There is nothing good about getting close to the edge, only the danger of falling. Stay well away from any area of danger. Flee!