Is the Bible good news for women? 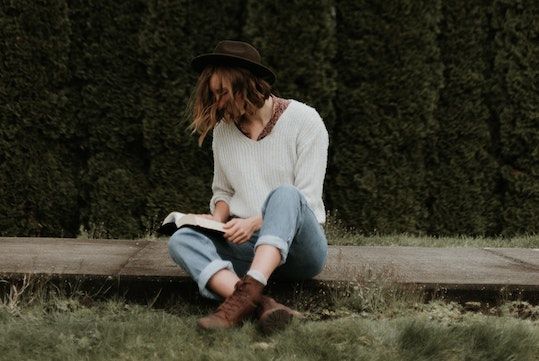 Are girls valued in God's eyes? What does Jesus say about women? Get answers from God's Word.

When I was in the early years of primary school, my friend group consisted of three boys and another girl.

I loved chatting with them over lunch, playing on the play equipment, and coming up with new games to try out.

Except there was one lunch time when one of the boys in my group decided on a “boys only” game, and me and the other girl weren’t allowed to participate. I got so mad, my face went red and I nearly cried!

That was the first time I remember being aware of the fact that women are not always treated the same as men. My friend probably didn’t mean any harm by his game, but the truth is that throughout history, gender inequality runs deep.

Thankfully, lots of work has been done to help reduce this inequality. These days, women have more choices. Our voices and skills matter. This is great news!

But as our world has more conversations about this important topic, you might be wondering about something else.

Let's take a look at what God says about these questions in the Bible.

From creation, women and men are made equal

From the very first page of the Bible, we get a picture of how men and women were meant to live and work together.

In Genesis 1, God had been forming and organising creation, and in the sixth day he sets his sights on creating people.

We learn something important from this verse. Men and women are both made in God’s image.

God made us to reflect some of his characteristics, like being loving, and truthful, and just. And importantly, God made us equal – not equal to God, but equal to each other.

We are equal, but that doesn’t mean we are exactly the same!

In the Bible God makes it clear that women and men have slightly different roles to serve him with. Our job is to work in partnership with each other as we bring glory to God.

Women are highly regarded by Jesus

In 1st century Palestinian culture, when Jesus was beginning his public ministry, women were generally treated as inferior. Their voices and stories didn’t seem to matter.

That’s why it was so surprising when Jesus allowed a sinful woman to anoint his feet with nothing but a jar of expensive perfume and her own hair (Luke 7:36-50).

The Pharisees (Jewish leaders) that Jesus was with told him to pay the woman no attention because of her sinful life. But Jesus turns their thinking upside down.

You did not put oil on my head, but she has poured perfume on my feet. Therefore, I tell you, her many sins have been forgiven—as her great love has shown. (Luke 7:46-47)

This is just one example of Jesus looking after, loving, and highly regarding the women he met with throughout his ministry.

Another great example is in Luke 24, where a group of women were the first to hear of Jesus’ resurrection. God places women front and centre in the story of Jesus, because they matter.

Women were (and are!) leaders in God’s church

In the early church, men and women were led by the Holy Spirit to proclaim the risen Lord Jesus and to lead God’s church.

One of my favourite passages in the Bible is Romans 16, a list of people who Paul greets at the end of his letter to the Roman church.

You may be wondering why a list of names is in my top Bible passages! It’s because this passage paints a wonderful picture of men and women working together for the glory of God.

Throughout the New Testament we also hear about women using their gifts to pray and prophesy in the church.

Today, there are many women who take on leadership roles in church too!

Good news for everyone

No matter whether you are a guy or girl, Jesus died for you, so that you could share in an inheritance that can never perish, spoil or fade (1 Peter 1:3-4).

So next time you’re worried about what the Bible really says about women, remember the endless love God has for you.

He loves you. He values you. And he has a place for you in his family.