Are you a slave to entertainment? | Teen Life Christian Youth Articles, Daily Devotions

Are you a slave to entertainment? 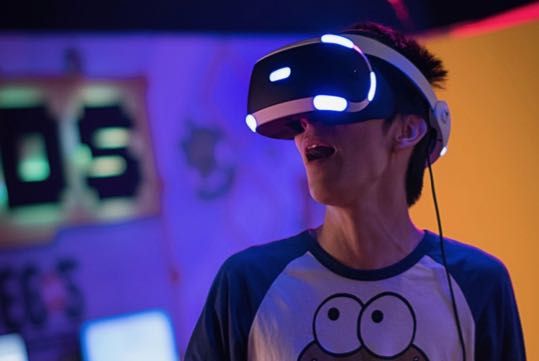 Why we can't let music, movies or technology take our focus off Jesus.

In Luke 12, Jesus tells the story about a rich man who had a bumper crop at harvest time.

... and he thought to himself, ‘What shall I do, for I have nowhere to store my crops?’ And he said, ‘I will do this: I will tear down my barns and build larger ones, and there I will store all my grain and my goods. And I will say to my soul, “Soul, you have ample goods laid upfor many years; relax, eat, drink, be merry.” (Luke 12:17-19, ESV)

This guy had access to lots of bread and lots of good times! Presumably part of relaxing would include access to an endless supply of entertainment. His goal in life became taking it easy and enjoying whatever food and entertainment he desired. Bread and circuses. Little did he know he was amusing himself to death.

But God said to him, ‘Fool! This night your soul is required of you, and the things you have prepared, whose will they be?’ So is the one who lays up treasure for himself and is not rich toward God. (Luke 12:20-21, ESV)

The relaxing, eating, drinking and merry-living distracted him from reality. He was living for himself without any reference to God. This is the heart of sin: failing to be rich in love toward God. It's when we forget the one who made us, loves us and offers to save us. All have sinned. But this guy continued in sin thinking life was all okay. He didn't turn back to God.

Some entertainment is straight out wicked. Perhaps some of the music you listen to, the websites you visit, the movies you watch, the games you play. Some of them are wicked and your consumption of them dishonours God.

But actually, much of the entertainment we consume isn’t wicked. It’s just trivial and mindless. Or maybe we consume too much. It deceives us by distracting us from what really matters. That's the issue with bread and circuses. In my early 20's, I had major problems with excess TV consumption. 30 minutes would turn into two hours. One movie would become two. Night after night I would wake up in the early hours of the morning having fallen asleep in front of the TV again. I had no self-control and couldn't be pulled away! I have been married for more than 10 years. For the first seven years of marriage we didn't have a TV. That swiftly dealt with my TV watching habit. We do now, but it's mainly used for kids' shows!

Lately I've noticed how much the Internet is killing me! Not porn or dodgy websites. Just constantly clicking from one thing to the next: news sites; social media; design tools; youtube; blogs. My brain has been rewired; I can't concentrate on one thing for long. What I need for my excessive use of the Internet is someone to wake me up. You probably need someone to wake you up from whatever bread and circuses are distracting you from reality. Katniss Everdeen is the hero in The Hunger Games. We need a figure like her. She gives hope to those in the Districts and but also helps those deceived in the Capitol to see reality.

John 8 is the chapter where Jesus brings hope and freedom.

Jesus answered them, “Truly, truly, I say to you, everyone who practices sin is a slave to sin. The slave does not remain in the house forever; the son remains forever. So if the Son sets you free, you will be free indeed". (John 8:34-36, ESV)

Jesus brings freedom to those who are enslaved to sin. Whether that's a slave to bread and circuses or a slave to any other idol or distraction from following Jesus. It's all too easy to become enslaved to the entertainment that we consume. But the issue isn't slavery. It's what we're a slave to!

Who is your master?

If we're all slaves to something, the important question to be considered is what or who will you be enslaved to?'

Do you not know that if you present yourselves to anyone as obedient slaves, you are slaves of the one whom you obey, either of sin, which leads to death, or of obedience, which leads to righteousness?

But now that you have been set free from sin and have become slaves of God, the fruit you get leads to sanctification and its end, eternal life. (Romans 6:17, 22 ESV)

Be joyful slaves of God and righteousness by wanting to obey the true and living God who made, loves and saves his people.

Ask yourself some questions

As you reflect on this blog, ask yourself these questions:

Don't use entertainment to escape from reality. Escape to the reality that comes in Jesus.