Answering the big questions on homosexuality 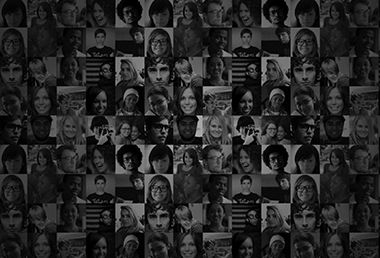 What does the Bible have to say about being gay? Is it still relevant?

It’s increasingly one of the most hotly debated issues in our society, both inside and outside the church: Should countries like Australia change their marriage laws to allow homosexual couples to marry? It’s a question that raises many other questions about sex and marriage. It’s a question you might be asked by your family or friends or workmates, some of whom will have strong views on this issue. It may be a question that you or those you know find deeply personal. For these and many other reasons, Christians should be prepared to give an answer.

What does the Bible teach about homosexuality and marriage and does this apply today?

2. Secondly, the first two chapters of the Bible describe God’s creation of the world and make it very clear that God created sex to be enjoyed in marriage, between a husband and wife. This is not some man-made tradition, it’s God-ordained from the very beginning and applies to every culture and every generation. It’s the way God designed male and female bodies, and it’s the way God chose to produce human life, families and communities. As our loving creator and sustainer, God knows the best way to live and he has the right to tell us how we should enjoy the good gifts he’s given us. Even our life is a gift from God, so it’s right to honour him in the way we live.

If it feels right it must be right ... right?

It's commonly argued that homosexual sex cannot be wrong because, for some people, it's their natural inclination or urge. The problem with this argument is that as humans we have all sorts of urges and it’s clearly not right to act on some of these urges. For example, most people would agree that adultery is wrong, as the Bible teaches. This means for example, that it would be wrong for a husband to act on his urge to have sex with another woman, irrespective of how strong this urge may be. This is not to say that homosexual sex is the same as marital unfaithfulness, not at all, it simply demonstrates that our urges are not necessarily right and cannot be trusted as a moral compass. No matter how right something might feel, it’s the Bible that we should trust as our moral compass.

(For more on this, read this article by a respected Christian pastor in the UK, struggling with homosexual desires).

How should Christians treat homosexuals and the homosexual community as a whole?

The Bible commands Christians to value and love all people, even when, or especially when, there is a difference of opinion about what’s right and wrong. In all things, Christians are called to “speak the truth in love” (Ephesians 4:15). The so-called Christians who preach hatred against homosexuals will one day face God's just punishment because their lack of love shows they are not one of God’s people (1 John 4:7-8).

Is homosexual sin worse than other sins?

Some Christians wrongly place homosexual sin in a special category and view it as worse than other sins, but this is not what the Bible teaches (1 Corinthians 6:9-11). The Bible views all sin as serious and promises God’s forgiveness to all who genuinely repent of their sin and trust in Jesus. In fact, Jesus speaks most harshly against religious pride, hypocrisy and self-righteousness (Matthew 23).

Is same-sex attraction a sin?

Clearly, the Bible teaches that homosexual sex is sinful and wrong - those who practice it are disobeying him. But there is a distinction between homosexual practice and homosexual (or same-sex) attraction. It’s possible for a person to experience same-sex attraction, but resist the temptation to lust and put this into practice. In this way, a Christian who experiences same-sex attraction obeys and honours God. In the same way, a Christian who experiences heterosexual attraction (a God-given attraction) but resists the temptation to sin in this area (e.g. lust and sex outside of marriage) also obeys and honours God.

What about sexual orientation, identity and fulfillment?

• If God created us, then isn’t he to blame for all of our sexual urges? (See Ecclesiastes 7:29 and James 1:13-15)
• As sexual creatures our sexuality is a central part of our identity, so wouldn’t ‘denying’ our sexual urges be ‘denying’ who we are?
• How can I find satisfaction, fulfillment and freedom if I cannot act on my sexual urges?
• Even if I wanted to, wouldn’t it eventually become too hard to resist my sexual urges?

Each of the above questions could be asked about both homosexual urges and sinful heterosexual urges (e.g. the urge to lust and to have sex outside of marriage). In fact, similar questions could be asked about all sinful urges (e.g. the urge to be selfish, lie, gossip, lose our temper, etc). As a result of various predispositions and experiences and living in a fallen world, we all struggle with some sins more than others. Undoubtedly, some struggles are much tougher than others, not least same-sex attraction. But thankfully, God promises to help us in our struggle against sin.

Through trusting in Jesus Christ and the power of the Holy Spirit, God can liberate us from the overpowering influence of sin and enable us to find true joy and contentment in him (Philippians 4:11-13). God created each one of us to know and love him, and to be known and loved by him. For this reason, lasting joy and contentment cannot be found in sex or in human relationships but only in knowing God’s love (Psalm 63:1-8). Only through trusting and following Jesus will we discover the person God created us to be.

For Australians, Liberty Christian Ministries offers support, hope and education to Christian who struggle with “unwanted same-sex attraction.” Liberty “do not advocate sexual orientation change.” Instead their “goal is to help people live holy lives in God’s sight.” Check out their website for more information: www.libertychristianministries.org.au