Viva La Vida or Death and All His Friends | Christian Movie Reviews, Music, Books and Game Reviews for Teens

Viva La Vida or Death and All His Friends 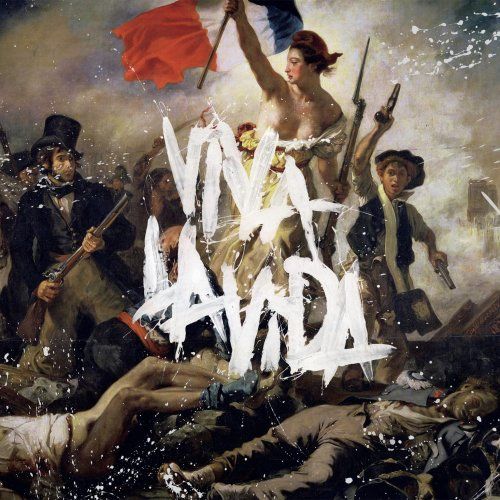 What is the meaning of life and death? Coldplay is sure the answer is not religion - and Jesus would probably agree.

Viva La Vida, Or Death and All His Friends is an epic album. The super delayed guitar washes and driving piano which made Coldplay famous are still there, but they are put on the bench for most of the album. Instead we are treated to Davide Ossi’s grand strings on tracks like “42”, and the colours and samples of production legend Brian Eno. There are even flashes of Radiohead-ish brilliance. (And, thankfully, the bizarre Jay-Z cameo on Lost is limited to a bonus track on the ‘Prospekt’s March EP’.)

But the most epic thing about the album is its two big themes of life and death (hence the two titles). As the oil painting album artwork suggests, there are lots of religious images, geographic references and characters from history (from the Queen of Spain to Jerusalem to St Paul). And many of the songs ask explicit questions about life, death and suffering. Why is “smoke ... rising from the houses”? Why are “people burying their dead”? Where is the world heading?

One thing’s for sure though – Coldplay doesn’t think the answer is religion. Instead,  we should look to “love”, to “take me where the street lights glow”. The worst thing in this world, it seems, is to “die on my own here tonight ... on my own in a separate sky”.
It’s a conclusion that Christians will want to challenge. Human relationships are a wonderful gift from God. But if you expect a boyfriend or a girlfriend to make your life meaningful and to fix all your pain you will be tragically disappointed.

However, lead singer Chris Martin does have some good insights, which I think Jesus would approve of. Relying on “religion” is also bad idea, because at the end of your life you might still find yourself being analysed from on high and found wanting. “You didn’t get to heaven but you made it close”; “I know St Peter’s won’t call my name”.

The thing is, Jesus himself had very little time for the kind of “religion” that Coldplay’s lyrics are fed up with. He made it clear that heaven is not something you work towards using religion: it’s a free gift which no amount of going to church or being a good person can earn. The answer to Coldplay’s questions is not love, or religion. It’s Jesus. Coldplay has a very different answer to the meaning of life and death. But it’s asking a lot of the right questions.