Underoath: Lost in the Sound of Separation 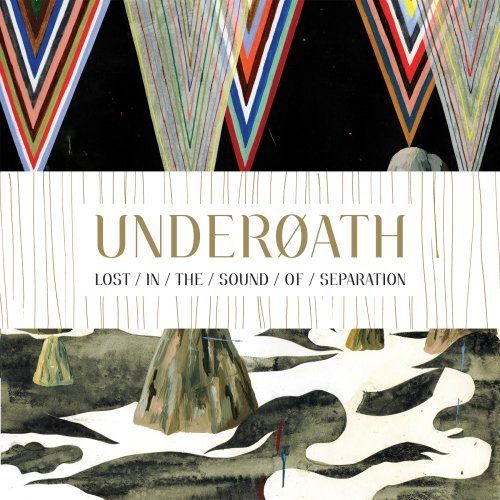 Thought all 'Christian' music was soft? You're in for a surprise.

Review by Josh Maule from www.sydneyanglicans.net

There is a common myth that Christianity is a soft religion. Underoath is helping to set the record straight. How? By literally screaming the Christian message over drums beaten with incredible force and guitars cranked well past 11. This is the new generation of church music and it is about as removed from the traditional stuff as you could imagine.

The first thing I noticed about the six piece’s new album, Lost in the Sound of Separation, is its force and intensity. Every word is yelled at the absolute pinnacle of the singer’s range. It sounds identical to secular metal and even the words are similar with a Christian twist.

One of the things about secular metal is the themes are so often destruction, hopelessness, depression and madness. While Underoath don’t completely buy into those themes on their disk, they don’t completely distance themselves from them either. They are more than happy to paint dark images.

Take this example from ‘The Only Survivor Was Miraculously Harmed’:

Yet the great thing about Underoath’s music is the understanding that humans are the problem and need to repent to gain God’s mercy.

From ‘Emergency Broadcast The End Is Near’:

That the world is approaching a devastating end and humans are the problem seems to be this track’s main resolve. Don’t point the finger anywhere but at your own reflection.

My favourite song on the record is ‘We Are The Involuntary’. It is about the allure of sin and our tendency to be “drifting along with the world”. The song finishes with the repeated vocal line: “Oh Lord have mercy on us all”. It is a humble and honest song about the constant battle we have with sin, and the fact that God alone can save us.

While Jesus and the cross are not mentioned explicitly, redemption and hope are. And what’s encouraging is that thousands of kids know Underoath’s music, both Christians and non-Christians.

It mightn’t be the sort of music mums and dads would play in the car on the way to church, but I think it is hopeful music for those who struggle to look on the bright side of life.