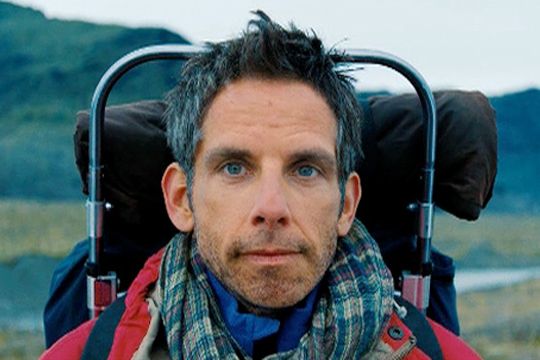 What is the motto of your life?

Ever caught yourself daydreaming? Perhaps you’ve caught your mind wandering to a place you’d much rather be? This is the problem experienced by Walter Mitty, whose imagination consistently gets the better of him.

The Secret Life of Walter Mitty is a big scale film about one average guy: Walter Mitty (Stiller, who also directs). Walter lives in New York and works for LIFE magazine, which is transitioning from print to online publication – and redundancies are certain.

Walter receives a package of film negatives (for printing photos) from a rogue photojournalist, but there’s a problem – the negative Walter requires is missing. Thus begins a quest for Walter as he tries to sleuth out the missing negative ‘25’, all while trying to win the heart of co-worker Cheryl (Wiig). Complicating things further, Walter has a knack for ‘zoning out’, where in any moment his mind will escape to a situation where he is often braver, tougher, or more heroic than real life.

It’s fascinating how Stiller has taken this film, based on a short story by James Thurber, and brought it to such a cinematic scale. The ‘zoning out’ fantasies are probably the best part of this film – turning Walter from straight guy in a tie to fearless superhero. There’s one fantasy based around a fight between Walter and a workplace bully (Parks and Recreation’s Adam Scott) where a Stretch Armstrong toy, of all things, becomes a weapon.

Beyond the fantasies, the action moves to Greenland and Iceland, with cinematography you’d expect from a Hobbit film. It really is beautiful to watch, and you begin to wonder whether Walter pushing himself beyond his comfort zone into hero status is reality or fantasy.

If I have one criticism of this film, it does lose pace significantly towards the end. Walter does experience significant character growth (it’s a little Forrest Gump-esque), but jumping between Iceland and the USA slowed the action. This isn’t a non-stop laugh fest, but that’s fine with me – it’s nice to see Stiller in a non-goofy role for once.

Watching this film, I think we can tend to be like Walter sometimes. It’s easy to desire something greater than our current situation - imagining ourselves as the hero, or where things work in our favour. In various scenes of the film, Walter walks past a wall containing (in massive block letters) LIFE magazine’s motto, which fits in with this idea of something greater:

‘To see the world, things dangerous to come to, to see behind walls, draw closer, to find each other and to feel. That is the purpose of life.’

LIFE claims that the very reason why we exist is to explore, connect, and experience. This is something that Walter has failed to do all his life – he hasn’t seen the world, he is lonely, and his life is what we would consider mundane. He pushes himself – first mentally, and then physically, to unknowingly live out the motto and find this purpose.

What is life's purpose?

Perhaps you feel like LIFE magazine's motto is something you agree with?

Personally I think this motto falls short. Exploring, connecting and experiencing the things in this world are good things, but have you considered what comes next? The Bible clearly states that this life isn’t all there is. It says that after we die our earthly death, we will go on to spend eternity either in heaven or hell – and God makes this judgement based on whether we have trusted in Jesus to save us from condemnation. John 3:16-18 helps us understand this:

These verses may sound familiar to you, but they really do define the purpose of life in the here and now. The most important thing we can do – more than seeing the world, more than making connections and having new experiences – is believing in Jesus. So are you living to trust Jesus – God’s one and only Son? Or are you living life rejecting the one who gives purpose to this life and rescue for eternity?

An even greater future

For those who do trust in Jesus, there is a wonderful outcome: eternal life with God. Life that extends beyond the one we are in now – and is more great than we could ever imagine. But the result for those who don’t trust Christ is eternal condemnation.

The reality is greater than we can imagine!

Like Walter, we can spend our time daydreaming of something greater here in this life, but the reality is that Jesus has provided the way to something far beyond our imaginations which will delight and satisfy us forever. Jesus’ promise of eternal life with him isn’t just a dream but a reality!

The Secret Life of Walter Mitty is an adventure that does question how complacent we are in the here and now, and perhaps what that something greater might be. It’s also a film suitable for the whole family. I’m giving it three-and-a-half stars out of five.