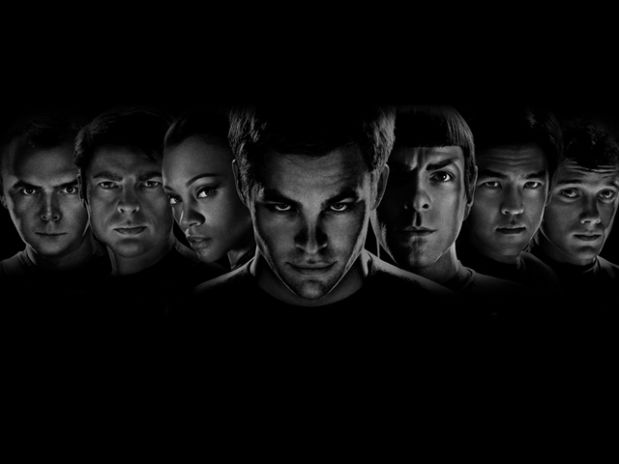 Welcome to the future

Never seen Star Trek before? That’s okay. This movie, helmed by director JJ Abrams (of Lost, Alias, and Cloverfield fame) takes the series back to its roots and starts us off on day one. We see how Kirk and the rest of the crew come together. We see them do what they do best – explore the universe and save the day from the bad guys. The bad guy here is Nero, played by Eric Bana. He’s a tortured soul who has lost his loved ones, so he decides to make everyone else pay. Bana does well with the role, but he isn’t given a lot to work with. He’s mainly there so that the new crew of the starship Enterprise can do their thing.

Each of the main actors is well cast in their roles. They are true to the original characters while still providing them with new flair. They are given more depth and character here (especially the officers who aren’t Kirk and Spock) than they had been given back in the 60s. Each of the characters is given a chance to show why they are unique and special. We are given enough of a taste to want more.

And wanting more is what this movie is all about. This movie is the start of a franchise. It was made with future movies in mind. Some things about the plot don’t make a lot of sense. But they are forgivable because the creators are putting the pieces in place for future movies. While this first Star Trek movie is enjoyable on its own, the important thing to remember is that it’s really just putting things in place for the hopefully even more awesome second movie.

Captain James T. Kirk is the main character in Star Trek. He operates on instinct. Spends more time doing and less time thinking about doing. Takes risks. Are you afraid to take risks? Are you afraid to fulfill your mission as a Christian because you are scared? Are you bold about your faith, taking every opportunity to talk about Jesus with your friends and family? Or are you too scared about what might happen if they reject the message of Jesus? Kirk would take the risk. He would do what is right and worry about what it would cost him later. You? If you’re a Christian, you have the Holy Spirit on your side. You have God himself helping you out. So why not take that risk for Jesus? It’s what Kirk would do.

Star Trek is a not just a movie. It’s an experience. It shows us a future world that is about optimism. This is not a post apocalyptic world where the robots have taken over and Soylent Green is made of people. It’s a future world where mankind have over come their problems and have become explorers and scientists. Where anything can happen. It’s a world where the good guys are good and the bad guys get beaten by the good guys. The world of Star Trek is a world I would want to live in. After heaven that is.