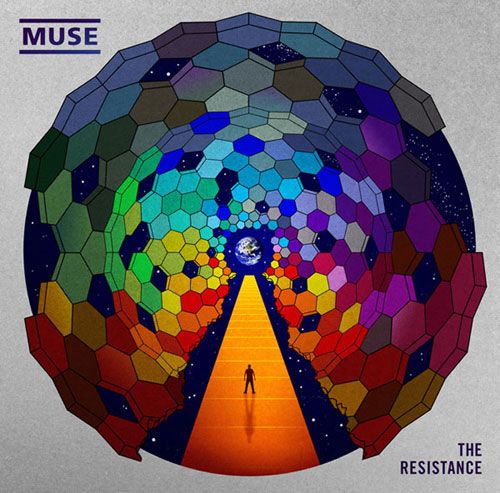 Muse comes to realise that we all have a big problem

Muse has been gaining more popularity in recent years. You might be most familiar with two of their songs, either ‘Knights of Cydonia’ that gained notoriety through the awesomely addictive game, Guitar Hero or ‘Super Massive Black Hole’ which was tied in with the ‘Twilight’ movie. ‘The Resistance’ is Muse’s latest album and is difficult to pin down into a particular genre, as there is just so much variety on the album. Words I have seen used to describe the album have included: Rocking, Anthemic, Symphonic and Quirky with influences of Pop, Disco and Queen.

I enjoyed ‘The Resistance’, and I suspect many people will find something on the album that can appeal to their tastes.

The Resistance has several themes that resonate with the Bible and two of the big ones are the total depravity of humankind (i.e. the way that any human endeavour is corrupted due to our nature) and the need for something to be done about this. At its heart ‘The Resistance’ is full of sadness about corruption in the world and the way that people ruin things for each other. ‘Uprising’, the first track on the album sets the tone. The song calls people to rise up against corrupt authorities - the first step is to wake up to the reality of the world we live in with all its injustices, stop buying into the lies and comfort of the world around us that we find so comfortable and start making a difference.

While the album continues to discuss fighting against corruption, the writer seems to realise that the problem isn’t just the people he is rising up against; the problem is with all of us. Our corruption spreads anywhere we go and impacts all parts of existence.

Religious words like ‘sin’ are not used in the album nor does it claim than our sinful nature is humanity’s big problem. Instead it suggests that humanity’s needs lie in fixing up & changing society. I can’t help but feel the album concludes on a question mark. The final request in the last song is for another chance, a last chance to be good and forgive ourselves. The ending seems so bleak as humans have already had plenty of chances and failed to get it right! Questions like “Whose standard have we fallen short of?” and “Why would it matter?” remain unanswered. If you, or someone you know, are listening to the album these might be some good questions to ask.

Ultimately, ‘The Resistance’ misses our biggest problem: sin, our rebellion against God. The Bible tells us that it is God’s standard we all fall short of. In Romans 3:10 – 12 we read:

Ultimately, falling short of God’s standard results in our death and judgement, which can only be dealt with through the blood of Jesus. But praise God we don’t need to end on a question mark like Muse. We can know that Jesus died and rose again so any of us can have our relationship with God fixed if we have faith in Jesus, the one who took our corruption on himself.