Dig Out Your Soul - Oasis 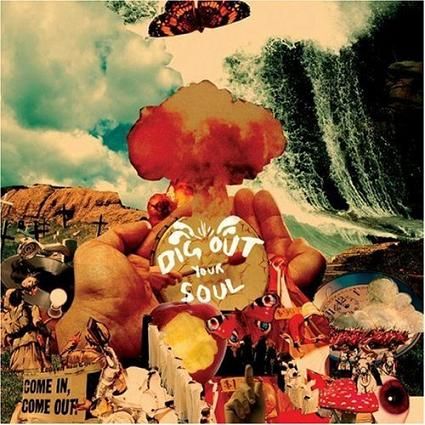 Anyone who didn't know better would think Oasis's new album was made by Christians.

A speaking God. The rapture. Fire in the sky. Prayer. The Devil. Anyone who didn’t know better would think Oasis’s new album was made by Christians. Preachers even. Laced with biblical allusions it is a hotchpotch of theological ideas and soul-searching. But don’t be fooled, these UK superstars are not teaching doctrine 101.

While many of the tracks mention biblical ideas, there is very little clarity about what the band is trying to convey. ‘Spiritual’ concepts are merely thrown around as in a game of catch – with little purpose or reason.

‘Falling Down’ is about the desire for humans to connect with God:

If there is a glimmer of hope at the start, the conclusion of this verse is a let down. Salvation is not given and it’s been a waste of time trying to get in touch with God.

The ‘time’ theme pops up on a few occasions as the songwriters struggle with the fluidity and brittleness of time. Their advice? To “keep on keepin’ on” and to “be where there’s life”.

But a closer look at their tracks shows some philosophy which, as far as philosophy goes, is nothing new. ‘The Nature Of Reality’ is a sermon rallying the secularists to trust their brains and nothing else:

What’s most inconsistent about these words is they suggest nothing can be trusted or believed, but at the same time they have an aura of authority about them.

For those who are fans of Oasis’s Beatle-esk sound, this album will receive good rotation. Lennon/McCartney-style ballads (‘I’m outta time’), why-don’t-we-do-it-in-the-road-style grooves (‘Get Off Your High Horse Lady’), and good old catchy rock and roll (‘Bag It Up’, ‘Waiting For The Rapture’) are all there. And melodically there is much to satisfy. But for those looking for insight into the universe and the reason for life, it will be a let down.

To “keep on keepin’ on” is not a bad message. But without an eternal, life-giving Creator, perseverance is as irrational and meaningless as anything else one chooses to do. Oasis mention the God who speaks, it’s a shame they don’t talk about what he has to say.