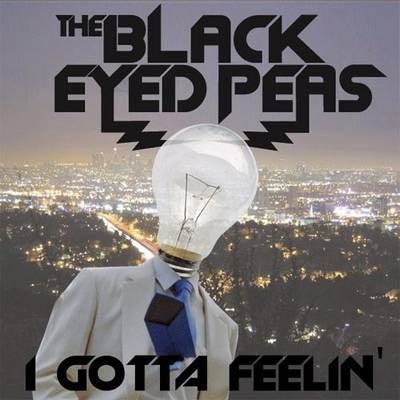 Get drunk, have sex & blow your cash : the new message from the people who brought you 'where is the love?'

When the The Black Eyed Peas first hit the scene with the massive hit ‘where is the love?’, I was actually very impressed. I thought the music was great, the group was interesting with all the members singing or rapping, and the lyrics were thought provoking. However, the latest track ‘I gotta feeling’, just goes to show how far they have gone in the opposite direction, repeatedly contradicting their own lyrics and advice.

‘I gotta feeling’ is a celebration of selfish indulgence - and the video clip is much worse (you don’t have to watch it, just trust me). Throughout the video clip, the band engage in the following:

These actions might come as somewhat of a surprise, given the lyrics from the very first Black Eyed Peas hit ‘where is the love?’

The Black Eyed Peas are clearly aware of the influence of their images & ideas on young kids who listen to their music.

What should you do about this as young Christians? Here’s a few ideas:

1) Be discriminating about what you watch and listen to.
2) Don’t just accept the lie that “this is what modern life is like”. The Bible calls us to live radically different lives to the world around us.
3) Remember that even though it looks & sounds like the ‘casual sex, excessive drinking, party life’ is awesome. It’s not. It’s shallow and selfish. 1 Corinthians 6:9 makes it clear that this type of behaviour is not ok for young men & women of God.

Let me finish by quoting the lyrics from the song ‘Gone, going, gone’, sung by Black Eyed Peas front man, Will I Am - a man who seems to have no problem constantly ignoring his own advice:

“Johnny wanna be a big star
get on stage and play the guitar
make a little money buy a fancy car
a big old house and a alligator
just to match with them alligator shoes
He’s a rich man so he’s no longer singing the blues
he singin songs about material things…
And platinum rings and watches that go bling,
but diamonds dont bling in the dark
he a star now, but he aint singin it from the heart
Sooner or later he’s just gonna fall apart
cause his fans cant relate to his new found art
He ain’t doin what he did from the start
and thats putting in some feeling and thought
he decided to live his life shallow
cash in his love for material.”