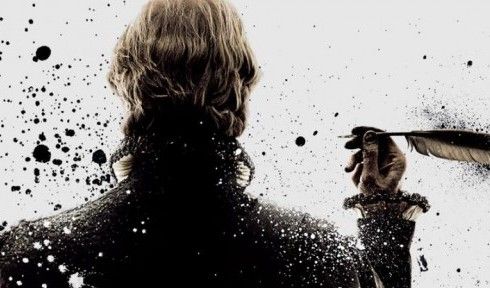 Was Shakespeare a fraud?

Was Shakespeare a fraud?

In high school, whether you like it or not, you will probably have to study at least 2 or 3 Shakespeare plays. Some groan and grumble about how Shakespeare is ‘boring’, ‘irrelevant’, ‘hard to understand’ or even ‘stupid’ (all these descriptions come directly from actual real-life high school students!).

But the truth is that Shakespeare is acknowledged the world over as one of the most talented writers ever to have lived.

But did he really write the plays? Or was Shakespeare not even a writer at all?

What is ‘Anonymous’ all about?

‘Anonymous’, directed by Roland Emmerich, suggests that Shakespeare didn’t actually write any of the plays or poetry that his name is associated with, but in fact lent his name to hide the identity of the true writer. The movie claims the true writer was Edward de Vere, 17th Earl of Oxford - a theory believed by many people, including another famous writer, Mark Twain.

The Shakespeare that Emmerich depicts (played by Rafe Spall) is, in fact, unable to write even his own name. Edward de Vere (Rhys Ifans and Jamie Campbell Bower) on the other hand is highly intelligent and creative. He draws on his own experiences in order to write countless plays, but he cannot reveal that he is the true writer as playwriting is not regarded as a suitable past-time for an aristocrat.

Throughout the movie, de Vere hides his identity as the true playwright, eventually using one of his plays to help fuel an uprising that has devastating results. Alongside these events, the movie explores de Vere’s illicit relationship with Queen Elizabeth, ending in a shocking revelation that causes the audience to view de Vere in a completely different light.

Is the movie worth seeing?

Though at times fairly melodramatic, this movie was actually thoroughly gripping. It opened very cleverly, utilising the play-within-a-play device that Shakespeare (or the true writer?) so loved (and that your English teachers will almost certainly drum into your minds). Unfortunately, the authorship question, advertised as the focus of the movie, seemed to be somewhat overlooked, with much more influence placed on the Edward/Elizabeth relationship. Although this is an interesting relationship, it is also fairly irrelevant to the authorship question until the very end.

Another problem is that the movie is at first difficult to follow. There are two Earls that look fairly similar and it is difficult to work out who is who. The movie also jumps between the time when Edward is an old man and 40 years earlier which is confusing until you figure out who is who when they are younger!

Roland Emmerich is known as the director of ‘2012’, ‘Independence Day’ and ‘The Day After Tomorrow’ so his decision to direct a movie set in Elizabethan England is somewhat surprising, and not only because the title makes no reference to a certain date! However, Emmerich expertly uses the same dramatic techniques employed in his other films to make ‘Anonymous’ a highly riveting and suspenseful film. Emmerich has previously been criticised for lightweight dialogue in his films, and although at times this can be seen in ‘Anonymous’, there are also some very memorable and clever lines. The acting is also to be praised, in particular Vanessa Redgrave as old Elizabeth and Rhys Ifans as old Edward.

What can Christians learn from ‘Anonymous’?

It is no secret that words are powerful, and this can be seen in ‘Anonymous’. Edward uses his words to fuel an uprising, to seduce the Queen and, if the theories are correct, inspire the entire world for centuries to come. Shakespeare (or Edward de Vere, or whoever you think wrote these plays!) was indeed incredibly talented with his words, but God’s word is more powerful than anything humans can write. In Hebrews 4:12 we can read ‘For the word of God is alive and active. Sharper than any double-edged sword, it penetrates even to dividing soul and spirit, joints and marrow; it judges the thoughts and attitudes of the heart’. Now those are some powerful words! Whenever you hear about Shakespeare, remember that God is the author of the most incredible words ever to impact our world, and although we should celebrate the talents of others, we can’t forget that God is the one we should be worshipping.

The final word on 'Anonymous'?

‘Anonymous’ presents some interesting ideas about Shakespeare and is a very watchable film. It won’t become a classic, but it certainly is something that you may want to watch more than once. There are some scenes that suggest/show sex and violence, and the plot with Elizabeth and Edward de Vere eventually reveals something somewhat disturbing, so watch out for that. In closing, see the film, acknowledge that Shakespeare/de Vere was a very talented writer, but never forget that God has written the most powerful words, not the man whose plays you have to study at school!