A warning about Noah 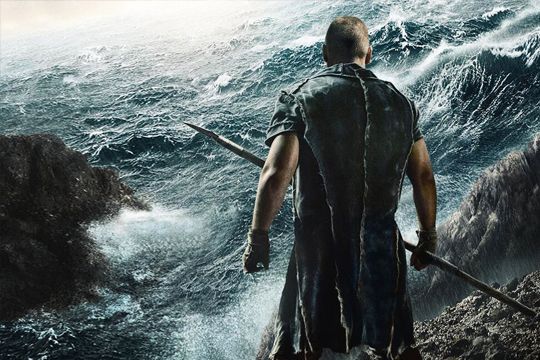 It's the movie that divides opinion, and this fervr reader doesn't like the message it sends about God and people.

Editors note: In a recent review, Joel Moroney showed how a mature Christian can use Noah to create evangelism opportunities with their friends. This week, Caleb Garrett wrote about why Christians need to be careful about what movies we watch. With those two articles in mind, we wanted to share fervr reader Amanda Carvalho's helpful piece on some of the dangers lurking beneath the surface of Noah. Over to Amanda....

Before watching Noah, I'd heard from many friends about how changes to the Biblical story were made "to make it an epic movie" or because "it's the entertainment industry". But I was surprised to find out that from the moment the movie began, there were various distortions that created a whole new story. Don't get me wrong, they probably needed to add extra dialogue and details here and there to have a full-length movie ... but in doing so, they created a movie with a dangerous message about God's character and the gravity of sin.

There are two basic aspects of the film which show the stark difference between the message of the movie and the Bible.

In the movie, we see a god (lowercase, since it is not the God we know and praise) that gives Noah a vision. When his wife asks whether it was a vision from this god, he says "I don't know", which is the first moment where I thought, "something's wrong". When God communicates with prophets in the Old Testament, they know about it! As the Bible says, "the Lord God does nothing without revealing his secret to his servants the prophets" (Amos 3:7).

The god in Noah uses hallucinogenic tea to speak to Noah rather than speaking directly, as he does in Genesis 6:13. In Noah, it's the same god who has Noah be the last one on the ark rather than the first (Genesis 7:13), has Noah shut the door even though "the LORD shut him in" in Genesis 7:16. This god also has Noah's family create a solution to put the animals to sleep. Overall, there's no indication that this god had any power or will to take care of Noah and his own creation. But in the Bible, we see the contrary - God makes a covenant with Noah and promises to save him, his wife, his married sons and their wives (Genesis 6:18) because they were righteous (Genesis 7:1).

Why are those dangerous changes to make? Because suddenly, the message we're hearing is that there is no safety in receiving a divine order or being a servant of God, and we know that isn't true. After all, "Noah found grace in the Lord" (Genesis 6:8) and obeyed him (Genesis 6:22), and because of that, he lived on and lived well (mostly!).

Sitting at the theatre with my bowl of popcorn, I watched as a group of angels became demons because they wanted to help out Adam, and god turned them to stone giants to put them in their place (we know they are demons since they are fallen angels and their leader bears the name of a demon mentioned in the apocryphal book of Enoch, which isn't part of the Bible for Christians). These demons help Noah build the ark and are redeemed.

But we know that demons do not want to help us but to destroy us (1 Peter 5:8). They do believe God exists (James 2:19) and sometimes fall before Him (Mark 3:11), but trust me, they didn't come to Earth to lend a hand. Rather, they fell because they sinned, which we know from 2 Peter 2:4 - an interesting Bible verse to find this piece of information at because, in the next verse, Peter mentions how sinners were also not spared during Noah's time, and no sin, angel's or man's, is taken lightly.

In the movie, we also see Noah gain moral high ground as he decides to not commit the murder of his grandchildren (which the god of the film told him to do), and we see the portrayal of the people of his time as victimized groups rather than indulgent sinners. It almost seems like Noah and the men are more trustworthy than god. But we know this isn't right, for "the heart is deceitful above all things, and desperately wicked" (Jeremiah 17:9a), and "all have sinned and fall short of the glory of God" (Romans 3:23).

There's better things to do than watch Noah

"Okay, Amanda," you say. "You don't need to talk anymore. I get that Noah isn't really biblical. But I like the acting and effects, so I'll watch it a few more times." Should you? Phillipians 4:8 says that we should be thinking about "whatever is true, whatever is noble, whatever is right, whatever is pure, whatever is lovely, whatever is admirable", because the things we choose to be involved in become spiritual food for us, even if it's just a movie. So next time you reach into your wallet to get that movie ticket or the DVD version, think twice about the food you're choosing to intake. What you're eating may be rotten.