A Christian Teen’s Guide to Engaging with Pop Culture 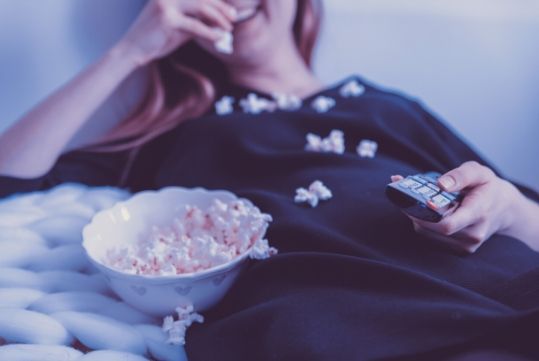 What does it mean to be in the world but not of the world when it comes to pop culture?

Popular culture is all around us – from music, to movies, to video games!

But as Christians, how are we meant to engage with pop culture? Let’s find out!

What the Bible says about pop culture

The Bible doesn’t specifically mention popular culture, so to speak. But it has some relevant things to say!

We need to be careful of the world

The world around us is very loud and influential, and it has a lot of power over who we are and how we act. But the Bible warns us that we actually need to be really careful about the world.

Do not conform to the pattern of this world, but be transformed by the renewing of your mind. Then you will be able to test and approve what God’s will is—his good, pleasing and perfect will.

You adulterous people, don’t you know that friendship with the world means enmity against God? Therefore, anyone who chooses to be a friend of the world becomes an enemy of God.

As Christians we are meant to be set apart from the world, not embracing everything it has to offer but standing out as followers of the God.

However, that’s not to say we have to hate everything the world produces! In fact, James 1:17 tells us,

Every good and perfect gift is from above, coming down from the Father of the heavenly lights, who does not change like shifting shadows.

That means that some of the fun pop culture things we enjoy – music, movies, games and more – are gifts from God that he wants us to enjoy!

God isn’t a killjoy. He loves it when his children are enjoying the good things he gives them – as long as we’re doing it wisely.

So we can engage with pop culture, but we need to be careful, and do it wisely. What does that actually look like in practice? Let’s consider these questions.

A lot of the pop culture content that’s popular can be accessed illegally for free, but as Samuel Mills explains, there are many reasons not to pirate:

In Romans 13:9, Paul tells us that God's commandments, including ‘Do not steal’ are summed up as “love your neighbor as yourself.” Internet Piracy is a form of intellectual theft. Think about it – if you created a TV show, film or album, would you want others to steal it?  We should be loving and actually pay artists and producers for what they produce, rather than downloading it illegally from the net.

2. We should obey the authorities

Internet piracy is not just against God’s rule to love our neighbours as ourselves, it’s also against the laws of our government. Earlier in Romans 13, Paul says “Let every person be subject to the governing authorities...Pay to all what is owed to them…revenue to whom revenue is owed, respect to whom respect is owed....” Part of being subject to our authorities is paying our dues ... in this case to those who own the rights to the media.

3. Not getting caught doesn’t make it okay

Internet piracy isn’t very easy for authorities to police – this is partly why it’s so widespread. People can get away with, and so they do it.

This “it’s only illegal if you get caught” attitude may be the view of many in our society, but it shouldn’t hold true for Christians. We should obey our government’s laws not simply to avoiding getting in trouble, but in order to respect the authorities instituted by God. We might be able to pirate without the government knowing, but God still sees us.

4. Just because everyone is doing it doesn’t make it okay

Piracy is widespread. But as Christians, we are called to stand out from the crowd, “to abstain from the passions of the flesh, which wage war against your soul.” (1 Peter 2:11). Internet piracy is an opportunity for us to stand out as God’s people, and who knows, people might “see our good deeds and glorify God”. (1 Peter 2:12)”

Is it helpful or appropriate for Christians?

There are some things that it’s obviously not appropriate for Christians to engage with – explicit sex, content that degrades others, or insults God, for example.

As Caleb Garrett explains in relation to movies, “The Bible says we have to be careful about the things we look at. In Psalm 101:3 we read, "I will not set before my eyes anything that is worthless".”

However, Caleb points out that our discretion is really important when choosing what is helpful or appropriate for us:

“I honestly believe the messages a movie communicates are more important that the rating. But this does not mean we throw caution to the wind when it comes to sex or violence. We still need to be wise about what we allow ourselves to be entertained by. "Everything is permissible, but not everything is beneficial" (1 Cor 10:23). So look at content advisories before you watch a movie. Consider how that movie will affect your walk with Jesus.”

Does it take up too much time?

Pop culture and entertainment can become a bit of an obsession, or even an addiction. Jesse Rider points out that becoming overly reliant on popular culture can cause us to sacrifice more important things:

Do your friendships and family relationships suffer because of your desire to be entertained? Do you find yourself not wanting to be around people so you can spend more time with your entertainment? These are great indications that you may have an entertainment addiction. This could lead to disconnecting from the outside world and a very selfish mindset. Your entertainment could be the most important thing, not serving others.

If you’re doing it legally, it’s not unhelpful or inappropriate, and it doesn’t take up too much time, it’s probably fine and fun for you to engage with pop culture! But use your wisdom and make sure to ask a trusted older Christian if you’re struggling with how much of the world to engage with – it’s a tricky balance to strike but there are plenty of people out there who will help you.

Questions to think about