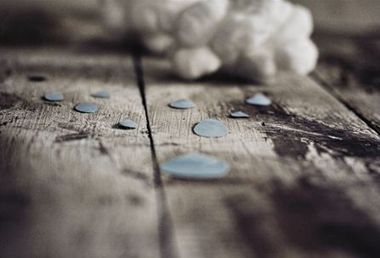 Yesterday, we saw from the Bible how God's people have always asked questions about why God allows suffering to continue, including when Jesus cried out to his Father on the cross.

We don’t know if or how God answered his Son on the cross. The questions of Habakkuk, Job, and David were left unexplained. Search all of Scripture and you will find very few answers. But here's a couple of insights that give us an idea of why God may allow suffering to continue.

The apostle Peter suggests that God is waiting for more people to come to him. “The Lord isn’t really being slow about his promise to return,” Peter says. “No, he is being patient for your sake. He does not want anyone to perish, so he is giving more time for everyone to repent…the Lord is waiting so that people have time to be saved” (2 Peter 3:9,15).

It’s true that the longer God waits to return, the more people are coming to him. Studies by Operation World reported by the book Perspectives shows that by 1887, after 100 years of Christian missionary work around the world, there were 3 million Protestant converts out of a world population of a billion and a half. Today, over 100 years later, those numbers have dramatically changed.

Christianity may have declined as a proportion of the West’s population, but this is not so in other major population areas of the world. For example:

Evangelical Christianity is currently the fastest growing religious movement in the world today. Evangelical growth represents more than double the growth rate of the next closest religion (Islam) and more than triple the world’s population growth rate.

Does this mean that as long as the earth is being populated and people are coming to Christ, God will wait to bring an end to it all? We don’t know. But God does, and it seems clear he has simply chosen not to fully explain why he has allowed evil, suffering, pain, and death to last as long as it has.

Listen to what God said to Habakkuk. “Look around at the nations; look and be amazed! For I am doing something in your own day, something you wouldn’t believe even if someone told you about it” (Habakkuk 1:5). Yes, he had a plan then and he still does. He had a reason for doing what he was doing, he just wasn’t going to explain it all to Habakkuk. Sure—God could explain to us today why there is suffering and why he is taking centuries to accomplish his ultimate goal of “reconciling the world to himself” (2 Corinthians 5:19). He could explain why he hasn’t yet recreated this world as a place where “there will be no more death or sorrow or crying or pain” (Revelation 21:4). But he has chosen not to explain it to us. Yet that doesn’t mean we don’t have an answer.

God wants us to trust Him

It seems that God gave Habakkuk understanding of how he wanted him—and all of us—to respond. Rather than trying to figure out the details of his plan, God wants us to focus on him as a person. He told Habakkuk that these things I plan won’t happen right away. Slowly, steadily, surely, the time approaches when the vision will be fulfilled. If it seems slow, wait patiently, for it will surely take place. It will not be delayed. Look at the proud! They trust in themselves, and their lives are crooked; but the righteous will live by their faith (Habakkuk 2:3-4 nlt).

There it is: God wants us to trust in him personally even if we don’t understand his plan. Job finally got the same message—that he was to put faith in the person of God. Job said to him, “I know that you can do anything, and no one can stop you. You asked ‘Who is this that questions my wisdom with such ignorance?’ It is I—and I was talking about things I knew nothing about, things far too wonderful for me” ( Job 42:2-3). And how did he come to the conclusion that God’s ways and his plans were beyond his comprehension? By knowing God the person. “I had only heard about you before,” Job said, “but now I have seen you with my own eyes” ( Job 42:5). His focus was no longer on a plan, but in a person whom he trusted to know what he was doing.

King David understood the message that he was to live by faith in the person of God, too. Right after he asked God, “Why have you abandoned me?” he declared, “Yet you are holy, enthroned on the praises of Israel. Our ancestors trusted in you, and you rescued them…they trusted in you and were never disgraced” (Psalm 22:3-5). Read the entirety of Psalm 22 and you will find David got the message. He may not have understood why God delayed in making all things right, but he believed he was good and knew what he was doing.

And while Jesus as God knew that his suffering was the only solution for sin, suffering, and death, he modeled for us what we must do—place our faith and trust in God, who does all things right in his right timing. Peter said,

God called you to do good, even if it means suffering, just as Christ suffered for you. He is your example, and you must follow in his steps. He never sinned, nor even deceived anyone. He did not retaliate when he was insulted, nor threaten revenge when he suffered. He left his case in the hands of God [he kept entrusting himself to God] who always judges fairly (1 Peter 2:21-23).

We may not understand God’s plan, but we can trust in his person. He is faithful and just and always judges rightly. And he is always with us. Jesus said, “I am leaving you with a gift—peace of mind and heart. And the peace I give is a gift the world cannot give. So don’t be troubled or afraid” ( John 14:27). He prayed to his Father to send us his Spirit—the Holy Spirit to guide us, comfort us, and be with us no matter what happens. Jesus said, “Be sure of this: I am with you always, even to the end of the age” (Matthew 28:20).