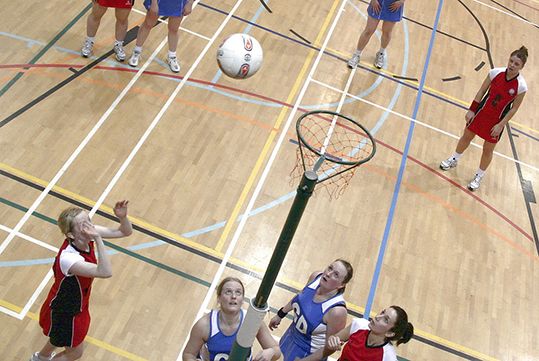 Put off the old self and put on the new.

When I was in primary school, I was part of a netball team called the “Bluebells”. We wore teal skirts and white shirts and to be honest, we weren’t the greatest team in the competition. But once you put on that uniform, you were part of something. You were a Bluebell!

When I was in Year 5, a girl joined our team who had previously played for the “Flames”. The Flames wore black and orange dresses. But of course, when this girl changed teams, she didn’t keep wearing her Flames dress. She got a teal skirt and white shirt, like the rest of us!

According to the Bible, there are two big “teams” that people can be on. You’re either a follower of Jesus, or you’re not.

When you join Jesus’ team, by accepting him as your saviour, you have to put on the uniform of his team. According to Ephesians 4:24, we have to put on “the new self, created to be like God in true righteousness and holiness.” Our uniform isn’t a teal skirt and white shirt, but righteousness and holiness – living in a way that reflects our identity as a member of Jesus’ team! Wearing that uniform doesn't make us a member of the team - being saved by Jesus does - but it's an outward demonstration of our identity

Ephesians 4:22 says when you join Jesus’ team, you must “put off your old self, which is being corrupted by its deceitful desires; to be made new in the attitude of your minds”. The old uniform isn’t a black and orange dress, but living so that you give in to evil desires and let them corrupt your life.

It would not make sense if, after joining Jesus’ team, we wore the uniform of the other team – those who don’t follow Jesus!

Sometimes we slip up

One morning, the girl who joined the Bluebells accidentally put on her Flames dress before she realised she’d changed teams.

Sometimes, we accidentally put on our old selves – the people we were before we accepted Jesus. We do things that don’t match the uniform of someone who loves God and wants to follow his good ways.

But think about this – when this girl accidentally put on her Flames dress, did that mean she wasn’t a Bluebell anymore? Of course not! If she’d worn the dress to the courts every week and played for the other team consistently, then yes, she would have no longer been a Bluebell. But when she made a mistake and accidentally wore the wrong uniform, we didn’t kick her out.

God won’t kick you out if you accidentally don’t wear the uniform of a believer for a bit. If you accidentally fall into sin, or even knowingly go against God, all you need to do is apologise, and accept his forgiveness.

Then put back on that uniform and keep playing for God’s team!

You were taught, with regard to your former way of life, to put off your old self, which is being corrupted by its deceitful desires; to be made new in the attitude of your minds; and to put on the new self, created to be like God in true righteousness and holiness. - Ephesians 4:22-24