Understanding the OT: The God who saves sinners 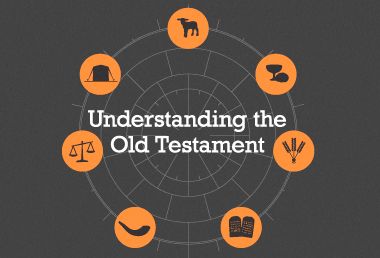 Why would God order a man to lie on his side for over a year?

Ever played charades? Everyone gets a word and they have to act it out without speaking to their team (it’s more fun than it sounds.)

Like charades, in Ezekiel 4:1-15 God gives Ezekiel some bad news to deliver to his people, using three not-so-subtle actions: a map, a lie-down, and poo.

Each action is easy to understand, if you take the time to work out what's going on.

“Now, son of man, take a block of clay, put it in front of you and draw the city of Jerusalem on it. Then lay siege to it: Erect siege works against it, build a ramp up to it, set up camps against it and put battering rams around it. Then take an iron pan, place it as an iron wall between you and the city and turn your face toward it. It will be under siege, and you shall besiege it. This will be a sign to the people of Israel. (Ezekiel 4:1-3)

Ezekiel grabs some clay (this was before iPads) and draws a map of Jerusalem. Then he arranges toy soldiers and lego blocks and surrounds it with an mini army. Then he picks up Mrs Ezekiel’s best frying pan and lifts it up. The people probably expected this pan was God rescuing his people. But instead, he holds it against the city. God is against his own city. Why?

To test this out, I once made someone lie on their side for 390 seconds during my talk. By the end of it she was pretty annoyed at me. Imagine lying still for 390 days!! These 390 days are meant to represent the 390 years that God’s people have been sinning (from the construction to the demolition of the Jerusalem temple ... he’s pretty much saying ‘you’ve been sinning since the start!’).

"Eat the food as you would a loaf of barley bread; bake it in the sight of the people, using human excrement for fuel” The LORD said, “In this way the people of Israel will eat defiled food among the nations where I will drive them”.

Then I said, “Not so, Sovereign LORD!  I have never defiled myself. From my youth until now I have never eaten anything found dead or torn by wild animals. No impure meat has ever entered my mouth”.

While he’s lying on his side, Ezekiel has to cook his rations using human poo (it burns well, trust me). Remember Jews have strict rules about eating. So if pork, wild birds and roadkill are all ‘unclean’ for  Jews, then where do you think human excrement rates on the ‘clean-unclean’ scale?! This action symbolises that the Jewish people (because of sin) will be forced to eat unclean food in foreign lands. (God has pity on Ezekiel and lets him use ‘stunt double’ cow poo instead of human poo).

What does this have to do with me?

Ezekiel says Jerusalem will be destroyed as God’s judgment on their sin. Sin is a horrible word for a horrible thing ... rebellion against God. It’s when humans shake their puny fists at him and say ‘You’re not the boss of me’.

Big Tip: Find how the passage fits into the story of the God who saves sinners

Ezekiel is part of a larger story: the story of God dealing with everybody’s sin, bringing sinners to justice (and thankfully eventually forgiveness and hope). Jesus is the climax of this story. And you are part of it too. Like the people of Jerusalem, we all have a sin problem. If we’re honest with ourselves for a moment, we know that we don’t live up to our own standards half the time, let alone God’s perfect standards.

There was once a young paralysed man (Mark 2:1-12). Hearing a famous healer (Jesus) was in town, his friends carried him to him. They expected him to heal his terrible paralysis; but the first thing Jesus does is forgive his sins. He wasn’t a particularly notorious sinner – not a murderer, or a thief – just an average guy with a hard life. But this great healer Jesus thought that his most urgent problem was his sin problem. Do you know better than Jesus?

Thankfully, sin doesn’t have to be the end of your story either! Like Ezekiel, Jesus saw how sin poisons our relationship with God, and leads to judgment. Unlike Ezekiel, he could offer forgiveness of sins. As the Apostle Paul puts it:

Here is a trustworthy saying  that deserves full acceptance: Christ Jesus came into the world to save sinners —of whom I am the worst. (1Timothy 1:15)