Trump is Person of the Year… 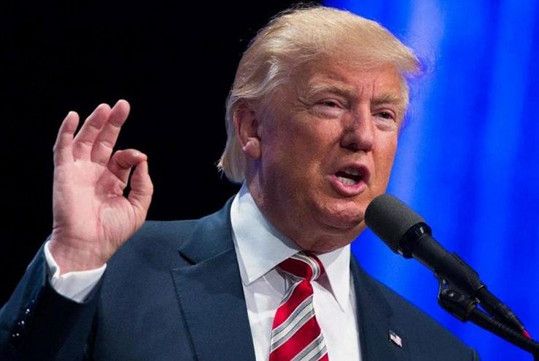 But Jesus has better titles!

Each year, TIME Magazine names someone as their ‘Person of the Year’. This is the person they judge “for better or for worse...has done the most to influence the events of the year".

So it didn’t come as a huge shock when TIME named US President-elect Donald Trump as Person of the Year for 2016. Even those of us on the other side of the world have felt the impact that Trump and his election have had across the globe.

Over the years this title has been given to many people, some heroes and helpers, and some villains. But being given this title, whether you earned it for good or bad reasons, indicates the impact that a person has had on the world.

So I wonder… why has Jesus never been named Person of the Year? Or more accurately, Person of History? Never has a human had such a huge impact on the direction and course of history. Of course, Jesus may be ineligible for this title because he’s not only fully human, he’s also fully God.

Thankfully, we don’t have to worry that Jesus has never been Person of the Year, because he has much better titles! Let’s take a look at some of them, found in the gospel of John.

By calling Jesus the Word, John is reminding us to think, how did God make the world? By speaking! Jesus the Word played a massive role in creation. And he continues to play a role in the maintenance and growth of the world. The Word brings life.

Upon seeing Jesus, John the Baptist exclaims, “Look, the Lamb of God, who takes away the sin of the world!” (John 1:29) Lambs had special significance as animals which Jews could sacrifice to pay for their sins. By calling Jesus the Lamb, John is acknowledging that he will be a sacrifice, not just for the sins of one person, but for the sins of everyone!

This is something that Jesus calls himself. In John 8:58 he says, “Very truly I tell you, before Abraham was born, I am!” Jesus is making a big claim here. ‘I am’ is something God calls himself way back in Exodus, so Jesus is in fact saying, “I am God!”

In John 14:6, Jesus says, “I am the way and the truth and the life. No one comes to the Father except through me.” This is another big claim. Here Jesus is saying that the only way to access God and eternal life is through him. This would have been revolutionary to people listening at the time, because they were used to having to follow laws to get to God. And it remains revolutionary now, as people think that being a good person is enough to get to heaven. But Jesus says he is the way, truth and life, and he proves it through his death and resurrection.

There are plenty more cool titles that Jesus is given throughout the Bible - Prince of Peace, King of Kings, Good Shepherd, Alpha and Omega, LORD… I think these are a lot better than ‘Person of the Year’, don’t you?