Please don’t throw that firecracker at me 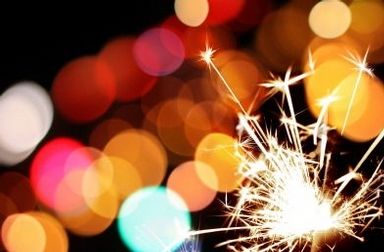 Watching the fireworks in Sydney is a bit of a New Year’s Eve tradition.

Hordes of people surge into the city, all trying to get the best position to see the pyrotechnic symphony erupt over Sydney Harbour at midnight. There’s a sense of anticipation as the clock slowly approaches twelve. It gets closer and closer. People begin to count. 10. 9. 8. 7. 6. 5. 4. 3. 2. 1. And then the sky is alive. Brightly coloured explosions dance across the sky. Each burst of light complimenting the next. It’s a well produced and well thought out production.

That’s not how it works in Frankfurt, Germany.

That’s where my wife and I spent last New Year’s Eve. We were told that the best place to view the New Year’s fireworks was from the bridge in Old Town. And that’s where we went. What we didn’t realise is that it was BYO fireworks.

As we walked along the river, I held my wife close. Fireworks were going off without warning around us. We carefully navigated the street, avoiding bungers going off under our feet and giant sparklers lighting the way. When we got to the bridge, the chaos grew. Rockets launching right by our heads. Loud bangs coming from the left and from the right. Bursts of brightly coloured lights coming from all directions. And it was only 11pm.

My wife was concerned that we were going to be the victims of a firecracker related accident. For the next hour I was on full alert, scanning in all directions for threats to our safety. Our clothes stunk from the smell of smoke and it stung our eyes. This continued for a very long time. The only way we knew it was midnight was because we were keeping a close look at our watches. We weren’t sure if the Frankfurt government put on their own fireworks display. If they did, it was lost in the chaos. There was no poetry in the fireworks and we found little joy in the evening.

When everyone does their own thing, chaos happens. And while the idea of chaos may seem fun, it’s not that great when you actually experience it. We need order. We need the creator of the universe to show us how things work. When we follow his instructions, when we live his way, we’re not living in chaos. We’re working in harmony with him. While we may not always like what he tells us to do, we know that it is the right thing to do.

Letting off fireworks whenever you want may sound like fun, but I’ll take watching a well prepared fireworks display any day. Living life your own way, treating yourself as the king, may seem like a good idea. But in reality, following God, the true King, is a much better idea.

Do not conform any longer to the pattern of this world, but be transformed by the renewing of your mind. Then you will be able to test and approve what God's will is - his good, pleasing and perfect will. (Romans 12:2)