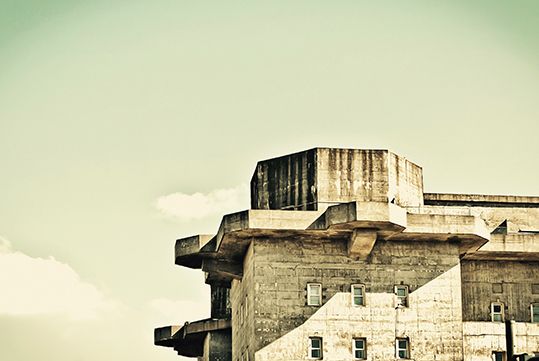 Despite our sin, we can walk free.

When I was in high school, we had a minister from a local church called Matt, who came once a week to run our lunchtime Christian group. Matt once told me a very very long joke about a man on death row in a prison, requesting his final meal, a hamburger. But the end of the joke was not a punchline – it was simply that the man ate his hamburger, and then was executed. In the end, it was funny for Matt to watch me get annoyed at him for wasting my time, but there was nothing funny about it for me!

Remembering that “joke” reminds me of another story about someone on death row.

There was a man who, when he was born, was born with an innate and strong desire to do bad things. While he didn’t like this desire, and often tried to do good things instead, in the end he was innately bad, and he ended up getting arrested and sent to jail. Which, of course, was a just punishment for what he’d done.

But then this man was condemned to death. No matter what he did in prison to try and convince the wardens, the judge and the families of his victims that he was a good person, they knew that he was a bad person. He volunteered to clean the toilets and went last at each meal and smiled at everyone, but in his heart he had hatred and anger and he told lies and thought bad things about his fellow prisoners. And no good works could free him from the punishment he had already earned for himself.

On the day of his execution, the man has his final meal, maybe a hamburger, and is taken to the door of the room with the electric chair. He feels sick at the thought of what is about to happen. The executioner opens the door to the room. But, sitting in the electric chair, there is already a body. The executioner looks down at his list, and then looks at the criminal and says “It looks like this man has been executed already, so you don’t have to be. Someone’s already been punished for your crimes. You can leave.”

The criminal is led to the gate of the prison. The gates open, and the criminal walks free.

I want you to put yourself in the position of the criminal. How would you feel if you walked into a room, and saw someone else had died in your place? You know you’ve done the crime, you know you deserve the punishment – that’s what the law requires! But you aren’t getting the punishment! And you never will get the punishment!

The thing is, we are that criminal. Maybe we have never murdered anybody (I certainly hope not!) but NONE of us can meet God’s standards. Romans 3:23 reminds us that ‘all have sinned and fall short of the glory of God’. It might be hard to be told that you aren’t good enough for God, but when Christians say that, we mean that NO ONE is good enough for God. He’s perfect, he created the world and he has good plans for how we should behave. But we turn away from him, reject him and run from his presence. And try as we may, we can’t climb and clamber our way back into his favour. Just like the man who was already in jail and trying to impress the guards with his good behaviour, it’s too late for that.

On top of that, our bad behaviour deserves punishment! That’s how God’s law works. Sin = punishment, and punishment = death. It’s only fair.

In Romans 7, Paul expresses his sadness at this situation. He says:  So I find this law at work: Although I want to do good, evil is right there with me. For in my inner being I delight in God’s law; but I see another law at work in me, waging war against the law of my mind and making me a prisoner of the law of sin at work within me. What a wretched man I am! Who will rescue me from this body that is subject to death? Thanks be to God, who delivers me through Jesus Christ our Lord!

So then, I myself in my mind am a slave to God’s law, but in my sinful nature, a slave to the law of sin.

So what does this mean? Slaves and prisoners, laws and rescuing… it’s all quite complicated. Simply, what Paul is saying is that he is trapped under sin and can’t free himself. But, God can! Through the death of Jesus on the cross, God frees humanity from the grip of the law of sin and death.

We are the criminals. We have broken God’s law, and we deserve the punishment. But Jesus took our place. He was executed instead of us, and suffered and died the most horrible death, so that we didn’t have to. And Paul reminds us that if we are ‘in Christ Jesus’, meaning if we have accepted this incredible selfless gift, we are free. No punishment, no condemnation.

This is an incredible message to hear! It’s something that still moves me, sometimes close to tears, even years after I first heard it. There are times when I, and perhaps you feel this way too, feel lonely, or like a bad person, or guilty, or sad. But then I remember this verse – Because Jesus loved me so much, I am freed. I don’t have to feel guilty or bad, because Jesus has dealt with my sins. I don’t have to feel lonely or sad, because he did that because he loved me! I am free, and if you are in Christ Jesus, you are free too. What an incredible offer.