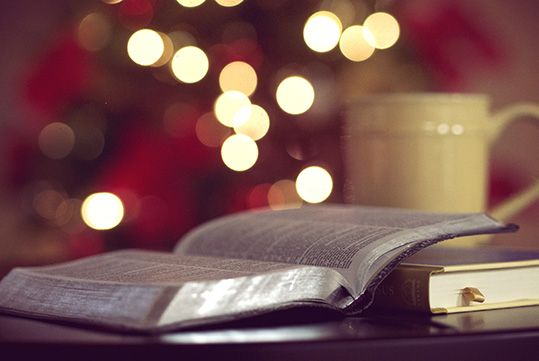 Why this big long list of Jesus' family is worth the read.

If you’ve ever sat down to read the book of Matthew, you’d know that it’s a thrilling recount of the life, death and resurrection of Jesus Christ. In the pages of Matthew we read of radical teachings, logic-defying miracles and we discover the key to a repaired relationship with God. It’s well worth a read!

BUT… most readers of Matthew skip one of the coolest sections – chapter 1! Chapter 1 is the genealogy of Jesus, and it looks like a long, boring list of names, but it’s actually an incredible testament to the faithfulness of God and his eternity-long plan for us. Let’s take a closer look at some of the names in the genealogy, and how they reveal God’s faithfulness…

The genealogy of Jesus begins with Abraham – the man to whom God made three big promises. Those promises were land, people and God’s presence.

God kept those promises by giving a son to Abraham (people), bringing the Israelites to Canaan (land) and by establishing first the tabernacle and then the temple amongst the people (blessing).

Have you ever realised that Jesus actually fulfils all these promises in an even better way? Through his sacrifice, Jesus brings us into the promised land of eternity with God. He also brings us into God’s family, and forms bonds between us and other Christians – our family. Finally, when we accept Jesus, we are brought into God’s presence – both now with the Holy Spirit and for eternity in the new creation with God.

Do you remember the story of Rahab? Rahab was a prostitute in the city of Jericho. When the Israelites approached Jericho, in the promised land, Joshua sent some spies into the city to scope out the competition. But the Jericho authorities discovered the spies were there, and attempted to capture them.

However, Rahab hid the spies instead! Despite her profession, God used Rahab to bring the Israelites victory over Canaan. And of course, Canaan became the land where Jesus was born and died and rose again. Plus, Rahab ended up being the mother of Boaz, who married Ruth.

David: the promised king is coming

One of Jesus’ most famous ancestors was the second king of Israel, David. In many ways, David was an ideal king: wise, humble and a good leader. But then he messed up in a big way. He slept with someone else’s wife, then murdered the husband to cover up his sin.

David’s failure as the king demonstrates that no human could possibly be a perfect king. But, at the same time, during David’s reign, God tells the prophet Samuel to tell David, “When your days are over and you rest with your ancestors, I will raise up your offspring to succeed you, your own flesh and blood, and I will establish his kingdom. He is the one who will build a house for my Name, and I will establish the throne of his kingdom forever.” (2 Samuel 7:12-13)

David was an imperfect king, but a perfect, eternal king was coming.

Exile: God is faithful no matter what

Several generations after David, the Israelite people were constantly sinning against God and rejecting his rule. So, God gave them over to the Babylonians, who took them into exile.

However, as the genealogy of Jesus demonstrates, the line did not die out during the exile. The people returned to the land of Israel and, about 400 years later…

Joseph and Mary: parents of Jesus

The birth of Jesus was a miracle – he was the child of the Holy Spirit, carried in the womb of a young virgin and adopted as the son of an anxious but ultimately faithful man.

And that’s why you shouldn’t skip the genealogy!