Why Christmas is actually about death. 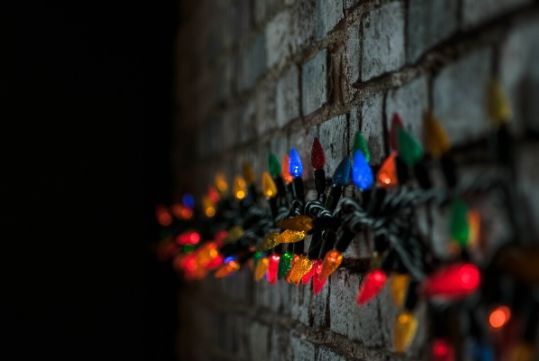 Let’s celebrate the birth of Christ—but don’t forget why he came.

Christmas is about birth - almost everyone knows that!

Christmas is about the birth of Jesus Christ, the son of God. Each year, when we celebrate Christmas, we remember the miracle of the incarnation - God becoming flesh for us. It’s a wonderful time of joy and thankfulness to God for his amazing gift to the world.

But Christmas is also about death.

Every Christmas, when we remember Jesus’ birth, we should also remember WHY he was born. Jesus was born so that one day, he could die for us. Without his death, his birth doesn’t carry the same significance.

Death in the Christmas story

The Christmas story reminds us of the need for Jesus to come and redeem humanity. In Matthew 2, there is a recount of a horrific act that leads to the death of many. King Herod hears from the Magi that a new king has been born. So, he asks them to let him know when they’ve found the king. Herod is disturbed - he doesn’t want a new king to take his power! And he certainly doesn’t want the Jews rallying behind a leader who will reject Roman rule.

But God tells the Magi, in a dream, not to return to Herod. So after visiting the child Jesus, they return home another way. And Joseph is warned in a dream to escape with Jesus and Mary to Egypt to avoid King Herod.

Matthew 2:16 reads, “When Herod realised that he had been outwitted by the Magi, he was furious, and he gave orders to kill all the boys in Bethlehem and its vicinity who were two years old and under, in accordance with the time he had learned from the Magi.”

It’s a horrific mass murder that results in great mourning throughout the land.

We often leave this part out of the Christmas story, because it’s so awful. But it is an important reminder about exactly why Jesus came. We live in such a broken world, where people like you, me and Herod fight against God and his glory in different, but always awful ways. We might have never killed a whole bunch of toddlers, but our sin, too, is bringing death and destruction to our lives and the world God has made.

In Genesis 3, God condemns humanity and Satan for the downfall of the world. But amidst all the death and pain, in Genesis 3:15, God says to Satan “And I will put enmity between you and the woman, and between your offspring and hers; he will crush your head, and you will strike his heel."

Who is Eve’s offspring that will crush Satan’s head? Jesus.

Christmas is about birth. But more importantly, it’s about death - the death we would face without Jesus, and Jesus’ death that saves us.