Is the Trinity like H2O, an egg, or a triangle? | Bible Daily Devotions for Teens, Christian Youth Articles

Is the Trinity like H2O, an egg, or a triangle? 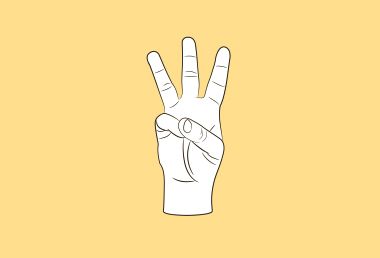 How can we explain what it means to have three persons in one being?

Three Gods or one? How do we make sense of the Trinity? Part 2

In part one, we looked at what the Bible has to say about the Trinity. Now we’re going to look at how some people often misunderstand the Trinity.

There are two basic ways that people misunderstand the Trinity:

2. They suggest that only one God exists but this God transforms or morphs into each of the different persons

Let’s begin with the second view.

Perhaps you’ve heard the analogy that the Trinity is like H2O (the molecular symbol for water). H2O can exist in three forms: liquid, gas and solid. Water at room temperature is liquid. But, when it's heated, it turns into a gas (steam) and, when it's frozen, it turns into a solid (ice). In the same way, at one moment God is the Father, but at different times God morphs or transforms into the Son or Holy Spirit.

Unfortunately, there is a problem with this view of the Trinity. While it captures the idea that God is one, it doesn’t do such a good job of showing how God is three and one at the same time. This view, also known as "modalism", was rejected by the early church.

Misunderstanding 2: The trinity as three beings

This view teaches that three separate beings exist. Each separate being is co-equal, co-powerful and co-eternal. The early church labeled this view "tritheism".

But this view, too, won’t do. If the Father, Son, and Holy Spirit are three separate beings, then it’s not really clear how someone can say that God is one or that only one God exists. In other words, this view denies God’s oneness. Like modalism, the "three beings" view was rejected by the early church.

Some people have suggested using an egg to explain how God can be both one and three. The egg has a shell, the whites and a yoke. There is only one egg with three different parts.

Sadly, there’s something "rotten" about this egg analogy. In some ways, it resembles the tritheism view (Misunderstanding 2). How so? Well, the egg analogy, when applied to God, suggests that only one being exists but this being exists in three different parts.

Just like an egg, none of the parts are co-equal, nor are all of the parts necessary for the egg to exist. Afterall, we can get rid of a few of its parts - for instance the shell - and still scramble an egg. What happens when an egg hatches? The shell, while important, is no longer needed. Moreover, the yoke and the whites are no longer as they used to be. They’ve transformed. But it can’t be that way with God. So, the egg analogy doesn’t work after all.

The best explanation: Three Persons in One Being

Unfortunately, no analogy is perfect. There are, however, some that work better than others. For example, an equilateral triangle (a triangle with three equal sides) has three sides. Each side is co-equal with the others, yet, each side is necessary. If one of the sides were removed, then there would be no equilateral triangle. Further, we can label each of the sides. We might call one side A, another side B, and the other C. So, there is a distinction between each of the sides, yet, all three are the same.

In trying to describe what they saw in the pages of the Bible, the early church decided to use the word “person” to describe the Father, Son and Holy Spirit. When they used the word “person”, they didn’t mean it in the same way that we do today. When we speak of someone as being a "person", we often mean an individual who is separate from other people, or we simply mean a human being. But that’s not how they understood it. For them, a person is someone who could relate to another. So, in God, there are three distinct persons. Yet, these persons are not separate from one another. They are unified in one divine being.

Christians believe, then, that only one God exists but this God exists as a unity of three persons: a Trinity. God does not morph from one person to another, nor does God exist as three separate beings. Instead, each person is co-equal, co-powerful and co-eternal. While each person is distinct, they are never separate from one another.