Is it ok for Christians to believe in luck? | Bible Daily Devotions for Teens, Christian Youth Articles

Is it ok for Christians to believe in luck? 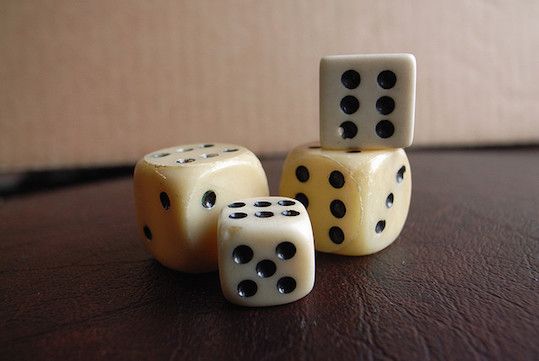 Does chance exist, or is God in control of everything?

The word ‘luck’ is very much a part of our everyday conversation.

Christian or not, we find ourselves wishing others and ourselves success in the future...

Obviously, the concept of luck is applied in a wide spectrum of circumstances from trivial statements to life-altering events, but is wishing luck contrary to what we believe as Christians?

Lets start by defining the word ‘luck’.  Dictionary.com defines it as ‘good fortune; advantage or success, considered as the result of chance’.

There is nothing wrong with hoping for success in the future—after all, we're all uncertain about future events, good or bad. But when we believe in luck, we are implying that future successful events happen randomly as a result of chance.

The problem for Christians is, we can't believe in a God who is in control of our future all the time, while also believing that events happen randomly or that God himself is subject to chance and gets lucky.

They simply can't both be true. So, let's see what the Bible says...

What does the Bible say about luck?

There are some Bible passages that seem to imply that chance plays a role in our lives. Here’s a small sample:

God is in control

For every passage in the Bible that seems to imply that our lives are controlled by chance, there are numerous others that affirm that God is directly in control of the events of our lives.

And so, according to the Bible, events in our lives don’t happen randomly. They are all part of God's plan.

Even our negatives are used positively by God

I think, if we're honest, most of our worries for the future are not about the good things that are going to happen to us but about the bad things.

But the good news for Christians is, the bad things work out to be good at the end! That’s exactly what Romans 8:28 says: “All things (good and bad) work together for good to those who love God”.

It’s not the worst thing in the world to wish someone luck, but perhaps we could wish him or her ‘all the best!’ next time and pray for them instead.