Has anyone ever seen God? | Bible Daily Devotions for Teens, Christian Youth Articles

Has anyone ever seen God? 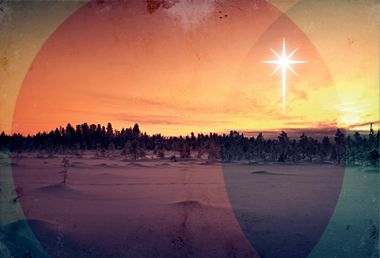 Atheists claim there is no evidence for God. A former unbeliever says that's just not true.

One of the common arguments of atheism is that you cannot prove God scientifically. What they mean is, there may be some sort of god or divine being, but you can't prove it.

Some compare it to a person saying "I have a box, guess what's in it?". You can guess all you like, but you can never prove what is in the box, because you have no evidence.

Strangely, though, I think the Bible agrees with atheists on some of this. The Bible says "no one has ever seen God, the only God, who is at the Father’s side, he has made him known." (John 1:18). Let's look at each part of this verse:

No one has ever seen God...

The Bible says no one has seen God, but the world can draw a conclusion that God exists, from looking at evidence of his "eternal power and divine nature" (Romans 1:20). I think some atheists agree with this: there's probably something beyond what we can see or measure, and it must be pretty powerful, but we can't be sure of anything more than that. At least, we can't be sure based on what we see - you can't prove God with a test-tube.

...the only God, who is at the Father's side, he has made him known

John's first book in the Bible doesn't end with chapter 1. We hear his eye-witness testimony about the amazing thing God did. God became flesh and dwelt among us, and we have seen his glory (John 1:14).

God revealed to us

God did not remain unknowable; God made himself known by entering into the world as the man Jesus Christ.

So, we can know God exists by looking at the world around us, and more importantly, by looking at the historical evidence in the Bible. This evidence shows that Jesus rose to life again, vindicating his claim to be God (Philippians 2:8-11).

These are not conclusions I came to myself - I had to be shown how wrong I was. If you share the opinions of atheism, I ask only that you have a look at the historical evidence, and pray that you will find the truth.