Is God punishing me? 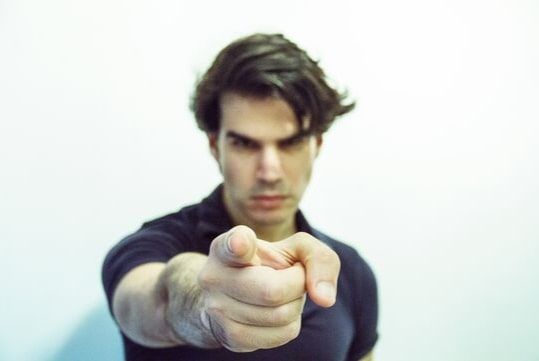 When bad things happen in your life, is God punishing you? Find out the answer to this tough question.

Imagine this: it's approximately 2000 years ago in the Middle East. Jesus has just slipped away from an angry, stone-throwing crowd and he and the disciples are taking a walk.

Perhaps the scorching sun is heating the gravel path below their feet and maybe street vendors are calling out to them as they pass, selling their wares. Off to the side of the road is a man begging who has been blind for his entire life. A couple of the disciples pluck up the courage and they ask Jesus (John 9:2-3 NIV):

"Rabbi, who sinned, this man or his parents, that he was born blind?"

"Neither this man nor his parents sinned,” said Jesus, “but this happened so that the works of God might be displayed in him".

You probably know the story. Yes, Jesus ends up healing the blind man. But just stop for a moment and think about Jesus' response:

"Neither this man nor his parents sinned ... but this happened so that the works of God might be displayed in him."

Do bad things happen because we sin?

The disciples, like many people of that time and many people of today, seemed to think God operated on a "payback" policy. They thought that God acted out the "eye for an eye, tooth for a tooth" commandment given to their ancestors and that he punished people for each and every sin. So those afflicted with disease, disability or hardships were often seen as the very sinful - God was simply getting his revenge on them.

But that's not how God works! Our world is infested by sin and in Romans 3 we're reminded that all of us have sinned and fallen short of God's glory. Because of sin, we live in a fallen world. A world of heartbreak, hatred, hunger and hurt experienced by all.

The works of God displayed

So instead, Jesus tells them that this man was born blind so that the works of God might be displayed in him - it's all part of the plan. As far as we're told in this chapter, this played out in 3 ways:

1. Jesus' power was displayed: The fact that Jesus heals the man displays the power he has as the Son of God. The man who had been born blind became a living testimony to what God can do: it showed them that Jesus had power and authority in a fallen world.

2. The man became a Christian: Secondly, the man himself became a follower of Jesus as a direct result of seeing that Jesus was God. Not only did Jesus heal his physical blindness but, more importantly, he also granted him spiritual sight.

Then the man said, “Lord, I believe," and he worshiped him.

Jesus said, “For judgment I have come into this world, so that the blind will see and those who see will become blind".

3. It made the religious leaders angry: Thirdly, as with many of Jesus' miracles and teachings, the Pharisees took offence. To them, Jesus seemed to have the power of God, but, because he didn't keep to their strict Sabbath rules, they refused to admit it. Their spiritual blindness prevented them from understanding what the man who had been blind understood clearly: "If this man were not from God, he could do nothing".

Despite this, the work of God in healing the blind man contributed to his overall plan. The Pharisees' annoyance at the healing increased their dislike of Jesus, which ultimately led to their plot to kill him. This of course led to Jesus' crucifixion - in which all the sins of the world were paid for by one man - which was the most important event in all history! The healing of this one man helped all of that come to pass.

What's this got to do with me?

1. God is not vindictive: Remember that just because we struggle with disabilities or illness or poverty or rejection or loss it's not because we've just recently done something particularly terrible. We're all equally sinful, but can be washed pure because of what Jesus has done for us.

2. God uses our hardships: Think about how God used the man who had been born blind. Through his hardships, the works of God were displayed, and I think it's often the same for us. Although it's sometimes hard to see, our God is sovereign, and can use the tough stuff in our lives for his glory!

3. God can shape us through trials: Maybe the trials in your life will make you rely on God more. Maybe it will make you into a living testimony to what he can do. Maybe it will help you in helping other people going through similar things. Or maybe it will just help you to look forward all the more to when he returns and takes us to the perfect paradise.

Just as he was 2,000 years ago, Jesus is still sovereign and working through our lives today. He knows exactly what you're going through, and can use it for his glory!