Can you fit God in a box? | Bible Daily Devotions for Teens, Christian Youth Articles

Can you fit God in a box? 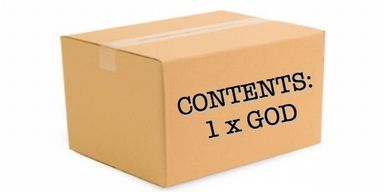 Find out why the real God can't be contained

There are lots of fake gods

In Acts 17, the Apostle Paul visited Athens. This was a city that had a smorgasbord of gods on offer. When he saw all the fake gods (idols) in the city, he was distressed. This was a place confused and not really knowing the REAL God. So Paul began talking with people in the religious buildings, the marketplace and then with the philosophical thinkers.

As Paul talked about the “good news of Jesus and the resurrection” there was still some confusion. So he gives a talk where he makes it clear who the REAL God is.

There is only one REAL God.

Paul says there’s at least 4 things you need to know about the REAL God. He is:

• Creator: The Real God made the universe (V24). It’s foolish to worship things created with human hands instead of the Creator God.

• Sustainer:  The Real God keeps our hearts beating (V25). God doesn’t need us, but we need and depend on him for everything.

• Ruler: The Real God rules over all nations (V26-27). God is powerful and in control. He wants us to reach out to him, but in our sin we rebel against his rule.

• Father: The Real God is the Father of people (V28-29). Because we are his offspring, it’s silly to think of God as if he is lifeless gold, silver or stone.

You can't fit god in a box:

The problem with worshipping fake gods (idolatry) is that we are trying to bring God under our control. John Stott says “…instead of our humbly acknowledging that God has created and rules us, we presume to imagine that we can create and rule God”.

The REAL God is the CREATING, SUSTAINING, RULING, FATHER – you cannot contain him, you cannot keep him in a box, you cannot domesticate him!