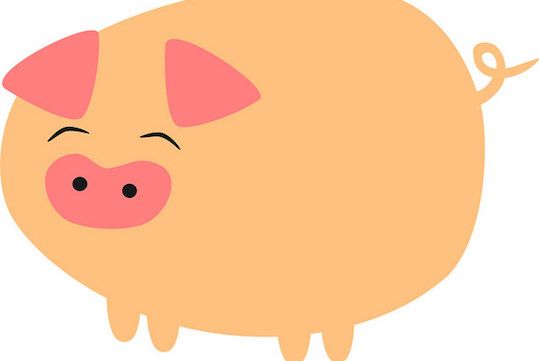 How understanding context helps clarify what God's Word means to us today.

I’ve come across some Christians who don’t eat bacon, pork or ham, because “the Bible says not to”.

But wait a second, you might be thinking ... I’m a Christian and I eat bacon, pork and ham. Is that okay?

To answer this question, let’s have a look at what the bible says.

Does the bible say not to eat pig products?

The Old Testament books of Leviticus, Numbers and Deuteronomy contain a whole bunch of rules and regulations which God gives to his people, the Israelites. The reason he did this is mentioned by Moses in Deuteronomy chapter 14:

“…for you are a people holy to the LORD your God. Out of all the peoples on the face of the earth, the LORD has chosen you to be his treasured possession.” – Deuteronomy 14:2 (NIV)

God gave the laws to the Israelites because they were chosen by him to be set apart from the rest of the world – and thus they were to live differently to everyone else. Part of this affected what they ate.

A little later in chapter 14, after Moses begins outlining what God says they can and can’t eat, he says:

“The pig is also unclean; although it has a split hoof, it does not chew the cud. You are not to eat their meat or touch their carcasses.” – Deuteronomy 14:8 (NIV)

It seems pretty clear for the Israelites – bacon, pork and ham are off the menu.

So does the bible say not to eat pig products? Yes.

But … who exactly is God commanding not to eat pig products?

At first glance, we might assume these words are God speaking to us. After all, the Old Testament is the word of God, inspired by him and according to Paul, “useful for teaching, rebuking, correcting and training in righteousness.” – 2 Timothy 3:16-17 (NIV)

But like any literary text, we need to read it in context. We can’t just pluck out a sentence and automatically assume it’s talking to us.

This verse is part of Moses’ farewell speech to his people, which makes up the book of Deuteronomy. So it is Moses imparting the wisdom he has received from God to his people.

We have to remember that these words were given to a specific people – the Israelites – at a particular point in time.

It’s true that as Christians, we are the new chosen people of God (see 1 Peter 2:9). But does that then mean we are to follow all the rules that God gave to his old chosen people, the Israelites?

It’s a tricky question. I think we should look at what Jesus says about it.

What does Jesus say?

The religious leaders of Jesus’ day criticized him and his disciples for not conforming to the Old Testament food laws. In response, Jesus said:

“Nothing outside a person can defile them by going into them. Rather, it is what comes out of a person that defiles them.” – Mark 7:15 (NIV)

Jesus makes the point that with his arrival, the Old Testament rituals no longer have the same power – now, what is more important is what comes out of a person – things like gossip, lying and slander.

Jesus’ disciples were perhaps a little shocked at what Jesus says, so they ask for clarification. He replies:

‘“Are you so dull?” he asked. “Don’t you see that nothing that enters a person from the outside can defile them? For it doesn’t go into their heart but into their stomach, then out of the body.” (In saying this, Jesus declared all foods clean.)’

Jesus repeats his message, and just to make absolutely certain we’ve got the point, Mark clearly tells us in brackets that in saying this, Jesus declared all foods clean – fit to be eaten.

So while the Old Testament food laws were important for the Israelites to obey, Jesus makes it clear that these laws are not necessary for his followers. For God’s people in the new covenant, what comes out – slander, gossip and lying – is much more important than what goes in.

How then, should we eat?

The question of what to eat seems to have come up again in Paul’s time. In Romans 14, he reaffirms what Jesus said, but at the same time he advises what Christians should do when others believe only special foods can be eaten for religious reasons.

“I am convinced, being fully persuaded in the Lord Jesus, that nothing is unclean in itself. But if anyone regards something as unclean, then for that person it is unclean. If your brother or sister is distressed because of what you eat, you are no longer acting in love. Do not by your eating destroy someone for whom Christ died.” – Romans 14:14-15

So, can Christians eat bacon, pork, ham and other pig products?

Yes – and I believe Jesus and Paul make this pretty clear.

But there might be situations where it’s best to lay off the bacon – if eating pig products is going to turn people off the gospel, don’t do it, because after all, our aim as Christians is to share the good news of Jesus to the world.