Are you afraid of meeting God? 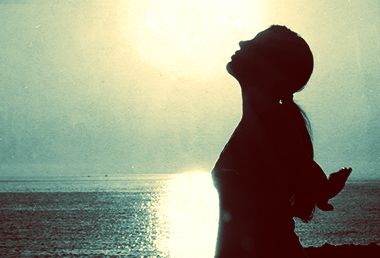 The death of a close friend made Julie scared about facing God herself. Rich Crosby addresses her fear.

An incredible young man in our church named Arthur passed away this year. One of his friends sent me a note saying she was confused about a verse in the Bible that says, “It is a fearful thing to fall into the hands of the living God.” Does this mean everyone should be afraid of death? I’ve changed her name below but wanted to share my answer in the hopes it may be helpful to anyone else with similar questions.

I understand why you said you are confused about Hebrews 10:31, “It is a fearful thing to fall into the hands of the living God”. Is the Bible saying that we should all be afraid of death? I don’t think so, because in other places in the Bible, the writers go to great lengths to stress that for the Christian, death is not defeat. It’s more like the messy hallway, often containing illness and sorrow, that leads to perfect health, celebration and eternal life with Jesus Christ. Philippians 1:21 is probably the best example of this when Paul writes:

For to me to live is Christ, and to die is gain.

In fact, Paul goes on to say,

I am hard pressed between the two. My desire is to depart and be with Christ, for that is far better. But to remain in the flesh is more necessary on your account.

Philippians 1:19-30 is one of the most referenced parts of the Bible that deals with death, but at no time does Paul suggest that he has a fear of death. So does this mean that the writer of Hebrews was wrong about it being a, “fearful thing to fall into the hands of the living God?” Part of the answer is found in what the writer of Hebrews is saying before verse 31. In verses 19-22, he writes:

Therefore, brothers, since we have confidence to enter the holy places by the blood of Jesus, by the new and living way that he opened for us through the curtain, that is, through his flesh, and since we have a great priest over the house of God, let us draw near with a true heart in full assurance of faith, with our hearts sprinkled clean from an evil conscience and our bodies washed with pure water.

The writer of Hebrews is reminding Christians that Jesus has made a way for them to enter into the presence of the living God. Not only that, but they can also approach God with a clean conscience. A guilty conscience often brings fear. A clean conscience brings peace. Having peace before God has nothing to do with what you and I have done, but everything to do with what Jesus has done.

Anyone who believes that God exists wants him to be a god of justice. Remember Kony 2012? The whole world was crying for justice on Facebook, Twitter, television, radio and almost everywhere else. It only makes sense that if God exists at all, that he too is concerned with justice. The Bible is clear that God is a god of justice. In Hebrews chapter 10, the writer quotes what God says in Deuteronomy 32:35:

Vengeance is mine; I will repay.

Hearing that God will enact vengeance on evil-doers makes us cheer like mad, until we realise that compared to a God who is perfect, we are all evil-doers ourselves. This isn’t evil as you and I define it, but rather as God defines it. God is the ultimate judge here, so how you and I define evil is completely irrelevant. The question is, will we be judged according to what we have done or will we be judged according to what Jesus has done?

Remember what I said about Paul, about him not being afraid of death? Before Paul gave his life to Jesus, he was actually responsible for the murder of many Christians. Surely God would want to have vengeance on Paul? Yes, he would, and he did. God poured out the vengeance Paul deserved ... but Paul didn’t receive it himself. Jesus took that punishment for him so that Paul wouldn’t have to. When Paul was approaching death, he knew that because his faith was in Jesus Christ, and because Jesus had paid the price for every way Paul had caused offence against the living God, he did not have to be afraid of death.

It is a fearful thing to fall into the hands of the living God, but anyone who has put their faith in Jesus Christ and has accepted his free gift of salvation has no reason to fear. They are covered by Jesus. He has taken the vengeance of God towards them upon himself. But anyone who rejects Jesus Christ will experience the vengeance of God on themselves, and that is absolutely something to fear.

Julie, you’ve not rejected Jesus Christ. You’ve given your life to him, asked him to forgive you for the ways you’ve offended God and you’ve accepted his free gift of salvation. Jesus has made a way for you to approach the living God in confidence and without fear, because of what he has done for you."